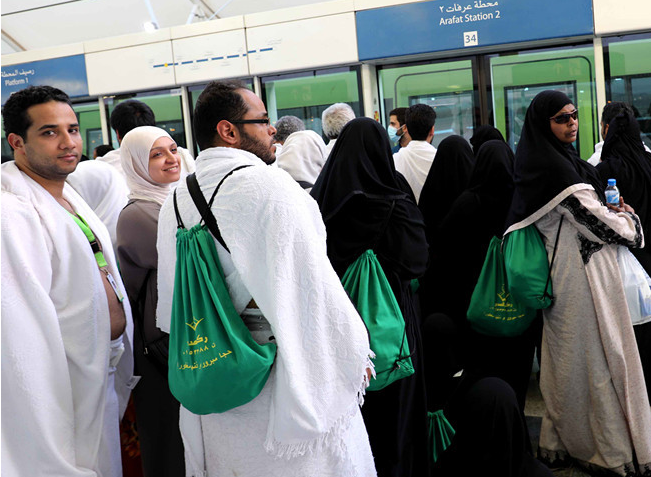 Pilgrims are waiting for taking light rails constructed and operated by CRCC to travel to Hajj destinations in Mecca, Saudi Arabia on Aug. 20, 2018. (Photo: Xinhua)

Many of the pilgrims, who travel by the light rail for the first time, gave the thumbs up to the fast and convenient services of the Chinese company, as the rail staff were busy helping passengers board the train.

Li Chongyang, the vice general manager of CRCC, told Xinhua that the light rail system is estimated to safely and accurately accomplish 2.5 million trips in the Hajj season that lasts five days from Sunday according to the Islamic calendar.