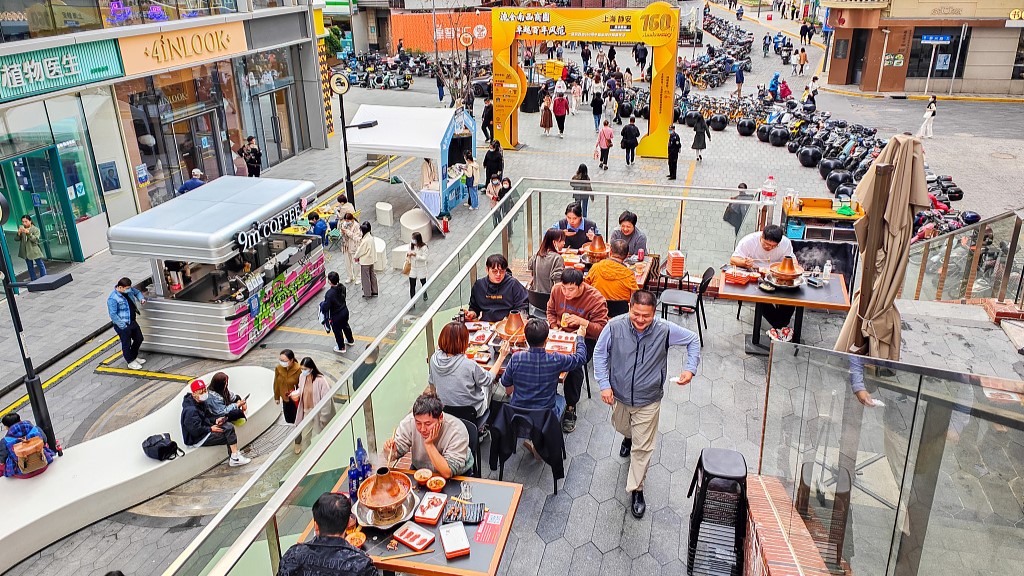 China announced 10 measures to further optimize its COVID-19 response on December 7, relaxing the requirements on PCR testing and quarantine.

A day following the announcement, central China's Wuhan City began to issue 10 million yuan ($1.43 million) worth of shopping vouchers for home appliances and furniture. Meanwhile, southeastern China's Fujian Province extended the allocation of 200 million yuan worth of coupons to customers until the end of December. It also encouraged localities in the province to carry out New Year's Eve consumption promotion activities.

Authorities in Guangzhou are handing out vouchers totaling 30 million yuan in three rounds of distribution from December 8 to 19, covering sectors like catering, supermarkets and e-commerce. The coupons range in value from 10 yuan to 100 yuan. Local government data showed that a similar voucher issuance in May drove local consumption by 17.35 percent month on month within a week.

Shenzhen also launched a shopping campaign to promote consumer electronics and household appliances. The maximum subsidy will cover 15 percent of the sales price or a maximum of 2,000 yuan. The campaign covers more than 6,100 products, including refrigerators, air conditioners and mobile phones.

Dongguan announced plans to accelerate its transformation into a regional consumption center. It also signaled more measures to spur consumption during the upcoming New Year holidays and the Spring Festival.

"After three years of pandemic-induced hardships, for many companies, confidence is more important than gold at present," Xu Bo, secretary-general of the Dongguan Chain Catering Development Promotion Association, told the newspaper Southern Daily.

Local government has rolled out many stimulus measures and it's sending positive signals to the market, and the entire consumer sector is expected to gain momentum in the region, according to Xu.