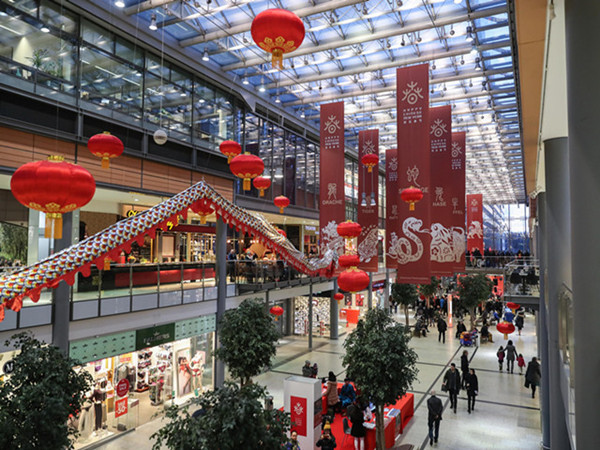 A gala featuring songs and dances was held on Sunday evening in the western German town of Hanau where 600 people celebrated the upcoming Spring Festival, or the Chinese Lunar New Year.

The performance, presented by local arts association Huaxing, was a combination of elements of Chinese traditional culture and western culture, so that audience could enjoy not only traditional Chinese opera, kung fu, classical dancing, Qipao fashion show, but also symphony and pop dancing on the same stage.

"We're fortune that we can celebrate the 'new year' twice in Hanau," said Juergen Scheuermann, Chairman of Hanau Taizhou Friendship Association, before the performance started.

He added that the performance brought younger people both from China and Hanau together, so that "we could expect deepened friendship between Chinese and German".

Chinese diplomat Tang Liwen, on behalf of the Chinese Consulate General in Frankfurt, said that it had been the second year that overseas Chinese celebrated Chinese lunar New Year together with German friends in Hanau, the birthplace of well-known fairy tales authors Jakob and Wilhelm Grimm, or Brothers Grimm.

Tang appreciated the contribution made by overseas Chinese to prompting friendly exchanges between China and Germany.