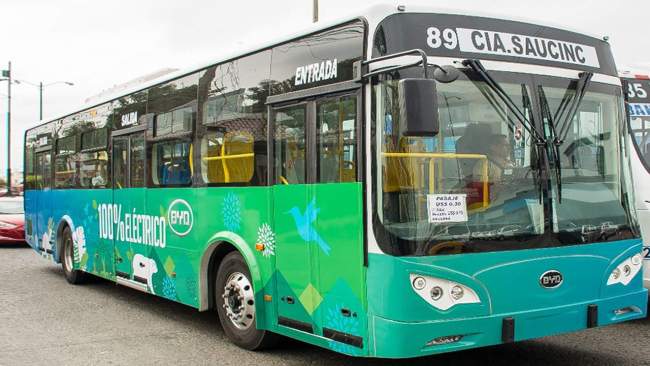 The electric buses in Ecuador are 12 meters long with a passenger capacity of 80. (Photo: BYD)

The fleet of 20 BYD brand buses arrived in the Port of Manta, in western Manabi province, on Monday, where vice president Otto Sonnenholzner was on hand to receive the units, along with executives of privately-owned transport company Saucin, which purchased them.

The arrival of these buses makes Ecuador the second South American country, after Chile, to embrace electric public transit. Chile's capital Santiago has incorporated 100 units into the city's fleet.

The modern air-conditioned buses will serve 10,500 commuters a day in Guayaquil, offering a safer and more convenient ride aboard units equipped with surveillance cameras and wheelchair ramps.