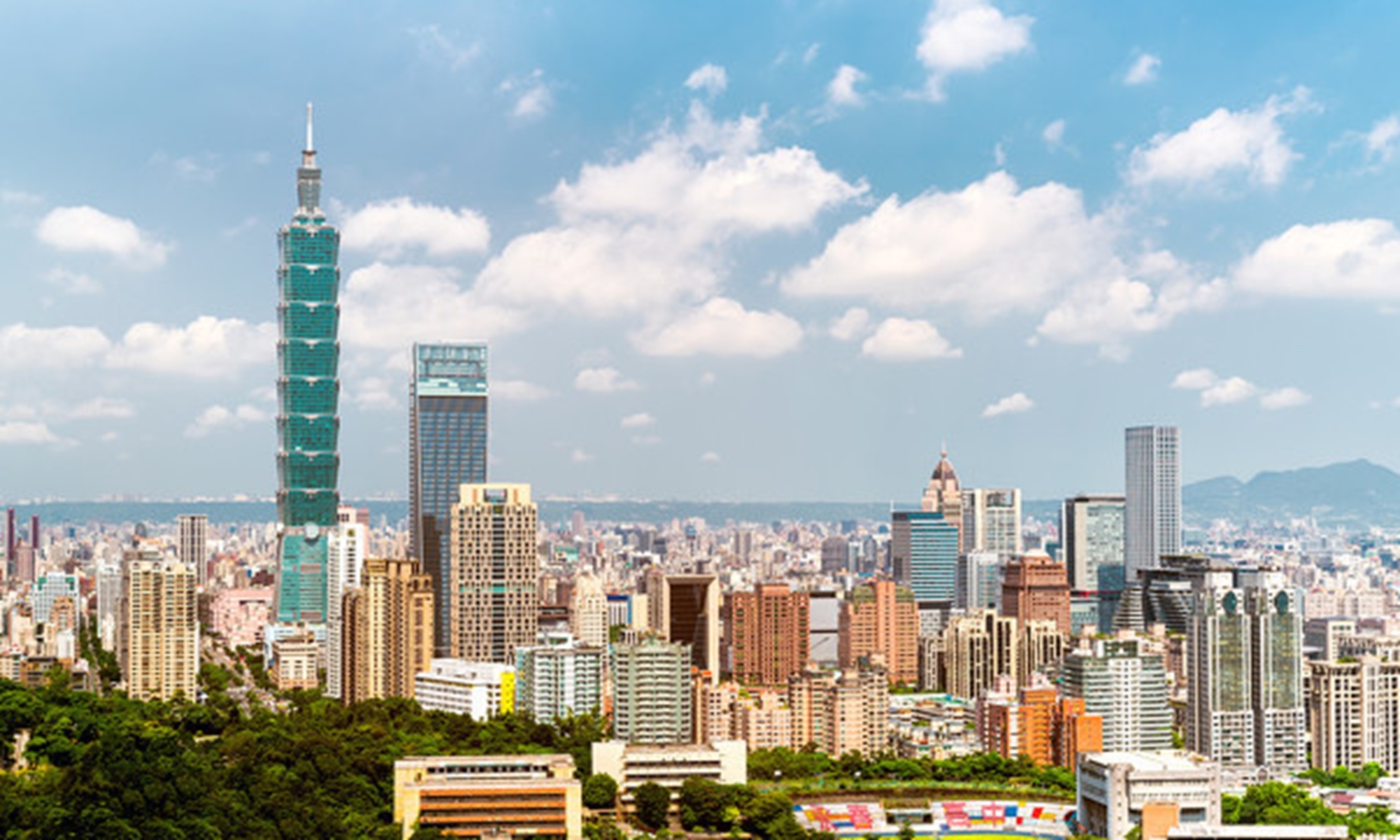 The view of Taipei Photo: VCG

Compared with the passive Taiwan authorities, the Chinese mainland has actively introduced a variety of preferential policies to support cross-Straits communication, which has injected tremendous positive energy into promoting peace and integrated development across the Taiwan Straits, said Taiwan business representatives at the second Taiwan Entrepreneurs Forum from October 28 to 29 in Tongchuan, North China's Shaanxi Province.

Increased tensions across the Taiwan Straits have profoundly impacted the employment and entrepreneurship of Taiwan people in Chinese mainland. Many representatives of Taiwan businesspeople and young locals said they have felt the economic strength of the Chinese mainland and firmly believe the desire of compatriots on both sides to get closer cannot be suppressed despite the Democratic Progressive Party (DPP) authority and "Taiwan independence" forces continuously attempt to separate communication between the Chinese mainland and the island of Taiwan.

Huang Ching-hsien, president of Chinese New Era Exchange Association, said during his address at the forum that Chinese mainland has constantly provided positive support for the development of cross-Straits relations, giving Taiwan businesspeople confidence in developing business in the mainland.

"The common cultural foundation, comprehensive policy support packages, rich resources and vast consumer market have made many Taiwan people realize to invest and start business in the Chinese mainland is definitely better than in other places," Huang told the Global Times.

Compared with the weakening economy in the island, the Chinese mainland is taking the lead in the recovery of economy under the backdrop of the global spread of COVID-19, which is also an opportunity for Taiwan businesspeople, said Luke Lai, who chose to come to Fujian Province to engage in seafood trade after he graduated.

Lai used to think of the Chinese mainland as a very backward place with underdeveloped transportation and technology, but now, he has become deeply dependent on the mainland's rapid development. During the epidemic, he opened an online store selling local seafood, which has increasingly flourished recently.

Whenever Lai has gone back to Taiwan, he would tell his relatives and friends about the new changes in the mainland and correct their stereotypes and prejudice.

"There is a 'going west trend,' which means more and more young people in Taiwan are eager to work in the mainland," said Hsu Iuan-shuen, general secretary of western region Youth Committee of the Association of Taiwan Investment Enterprises on the Mainland.

Hsu regarded his mission as introducing the mainland to young residents in Taiwan in a way that they can better understand.

"Rumors targeted at Chinese mainland have currently flooded the island. We should act as a bridge of communication to help our compatriots continue to form a consensus and dispel misunderstandings, as well as let more Taiwan residents feel the tolerance and enthusiasm of the mainland."

Commenting on many Taiwan businesspeople and scholars being tagged as Beijing's "collaborators," Huang said the DPP's selfish criticism of cross-Straits exchanges does not benefit the future of Taiwan island, and biased political discourse cannot stop Taiwan residents' yearning for the opportunities of a better life.