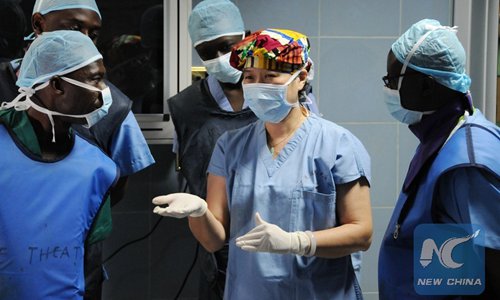 A Chinese association is searching for "Mysterious Mike," the moniker for a man who allegedly pretended to represent them at an international medical data meeting that caused the association to be kicked out.

Mysterious Mike was the reason the CMIA got booted off, the official from the China Association for Pharmaceuticals and Medical Devices Technology Exchange (CPDE) told the Global Times on Tuesday. Affiliated with CPDE, CMIA was formerly China's representative at IMIA.

During preparations for the 2017 conference in China, Mysterious Mike allegedly asked for a visiting invitation from IMIA members like the US, Canada and Brazil using the CMIA brand name.

Mysterious Mike led groups to these countries and made promises to the associations.

The foreign associations said that less than 30 minutes after arrival in their countries, Mysterious Mike and the groups disappeared.

CMIA could not explain events and when they appealed after being kicked out, the IMIA insisted all correct procedures had been followed at conference, including a vote by all association members.

In a curious twist, IMIA President Christoph Lehmann nominated the head of the Taiwan Association for Medical Informatics (TAMI) as president for the organization from 2021 to 2023.

Previously Taiwan island had never been a member of IMIA, an NGO recognized by the World Health Organization that aims to push forward exchanges in medical informatics.

CMIA and other related Chinese authorities all insisted they have no relationship with Mysterious Mike and no evidence from the foreign associations that could help them find him.

"Now we are looking for this Mysterious Mike," the Chinese official said. "We hope we can find him as soon as possible, make a thorough investigation and prove to IMIA that Mike is not from our association and his actions cannot represent our association.

"We hope to restore CMIA's legal seat at the international organization," said the official.