The Taiwan Affairs Office of the State Council, China's cabinet, on Monday denied rejecting requests from Taiwan students to transfer schools, saying that universities in the mainland have never received any applications. 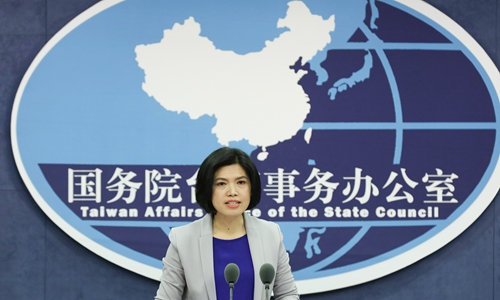 Recently, media reports from the island of Taiwan claimed that some Taiwan students attempted to transfer from schools in the mainland back to the island, but were obstructed by mainland authorities. The reports called on the mainland to respect their rights to study.

Zhu Fenglian, a spokesperson for the Taiwan Affairs Office of the State Council, responded by saying that mainland universities have not received any transfer applications from Taiwan students.

"After arduous efforts from all quarters, the mainland's prevention and control efforts against the COVID-19 epidemic have achieved significant results, and the epidemic has been effectively controlled. We, as always, attach great importance to caring about the health, study and lives of Taiwan students," Zhu said.

According to Zhu, currently, none of the Taiwan students studying in the mainland has been infected, and the situation is stable in all aspects.

"Over the years, the publication and distribution of works by Taiwan's religious groups have been smooth in the mainland. We will continue to support the cross-Straits religious and cultural exchanges and promote the peaceful development of cross-Straits relations," Zhu said.