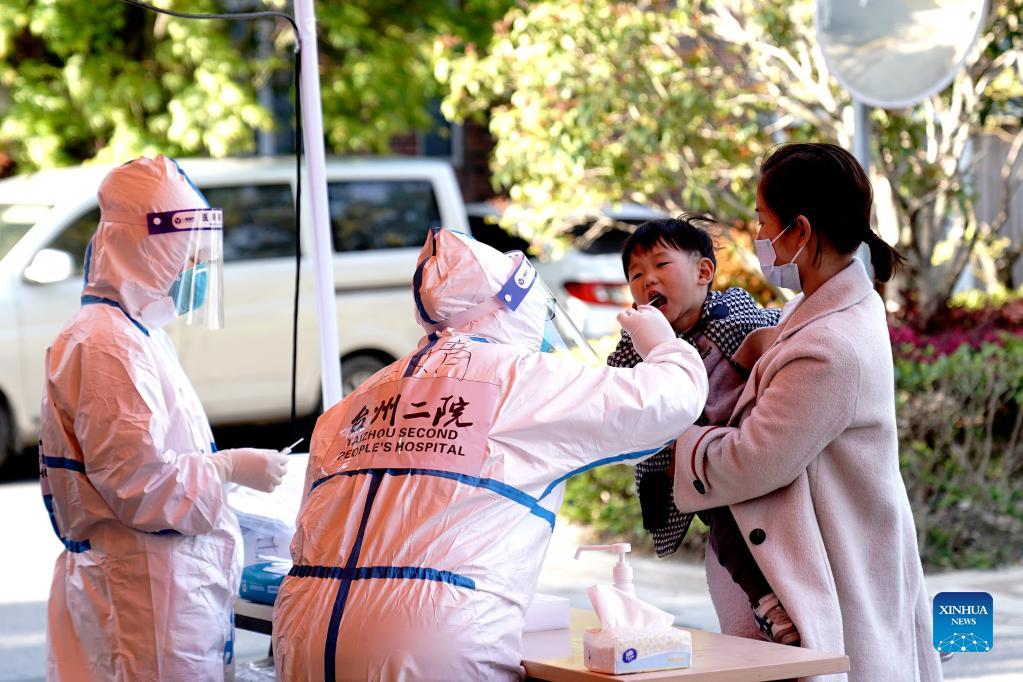 A medical worker from east China's Zhejiang Province takes a swab sample from a child for nucleic acid test at a community in Songjiang District of Shanghai, east China, April 4, 2022. (Photo: Xinhua)

The Chinese mainland reported 1,235 new confirmed COVID-19 cases on Monday, including 1,173 domestically transmitted and 62 imported, the National Health Commission said in its daily report on Tuesday.

Of the new local cases, 792 were reported in Jilin, 268 in Shanghai, 17 each in Heilongjiang and Zhejiang, 14 in Shandong, 12 in Sichuan, eight in Beijing, seven each in Jiangsu and Fujian, six in Hebei , three each in Liaoning and Guangdong, two each in Tianjin, Guangxi, Yunnan and Qinghai, one each in Inner Mongolia, Anhui, Guizhou, Hainan and Xinjiang, the commission said.

There were 25,060 active cases on Chinese mainland as of Monday, with 63 in critical conditions. The total number of confirmed cases on the Chinese mainland stood at 157,378, with the death toll standing at 4,638.

Across the mainland, Monday saw 15,355 new asymptomatic cases. Sunday also saw 1,899 COVID-19 patients discharged from hospitals, according to the commission.