The Chinese mainland reported 1,580 new confirmed COVID-19 cases on Saturday, including 1,566 domestically transmitted and 14 imported, the National Health Commission said in its daily report on Sunday. 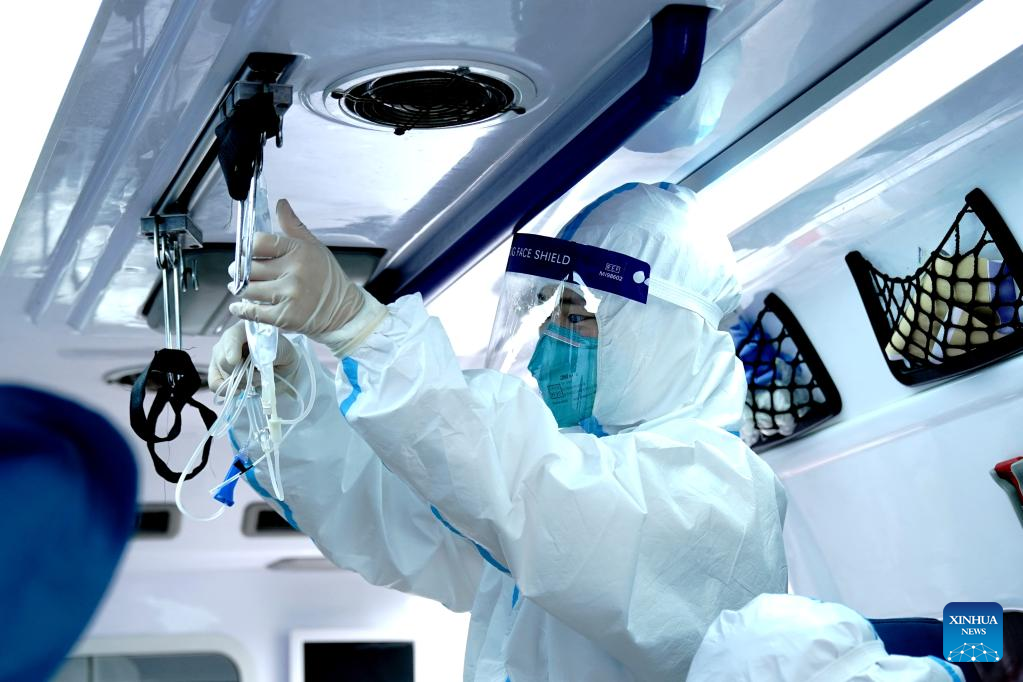 A medical worker prepares to put a patient on a drip in an ambulance from the medical emergency center of Minhang District of Shanghai in Shanghai, east China, April 23, 2022.

Thirty nine new deaths were reported on Saturday, all in Shanghai. The city reported 1,401 confirmed cases and 19,657 local asymptomatic infections.

There were 29,531 active cases on the Chinese mainland as of Saturday, with 236 in critical condition.

The total number of confirmed cases on the Chinese mainland stood at 200,654, and the death toll stood at 4,725.