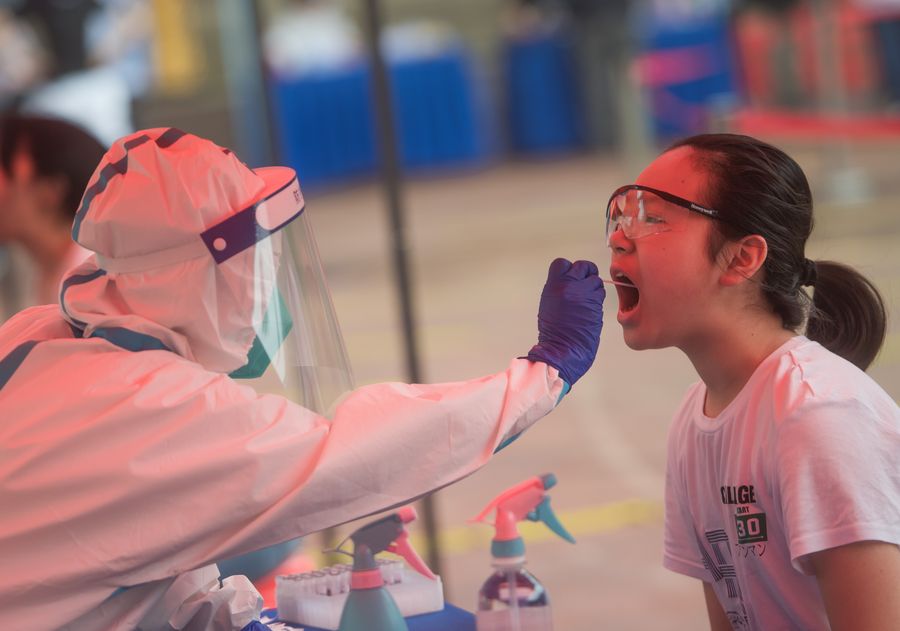 Photo: A resident takes the nucleic acid test at a testing post set up at a primary school in Dongxihu District in Wuhan, central China's Hubei Province, May 15, 2020. /Xinhua

China’s National Health Commission said on Wednesday that one imported new confirmed COVID-19 case and one imported suspected case were reported on the Chinese mainland on Tuesday.

Of all the imported cases on the mainland, 1,699 had been discharged from hospitals after recovery, and 63 remained hospitalized, the commission said.

No deaths had been reported from the imported cases. And another four asymptomatic cases were reported.