The Chinese mainland reported 12 new confirmed COVID-19 cases on Friday, including one locally transmitted and 11 imported, the National Health Commission said on Saturday. 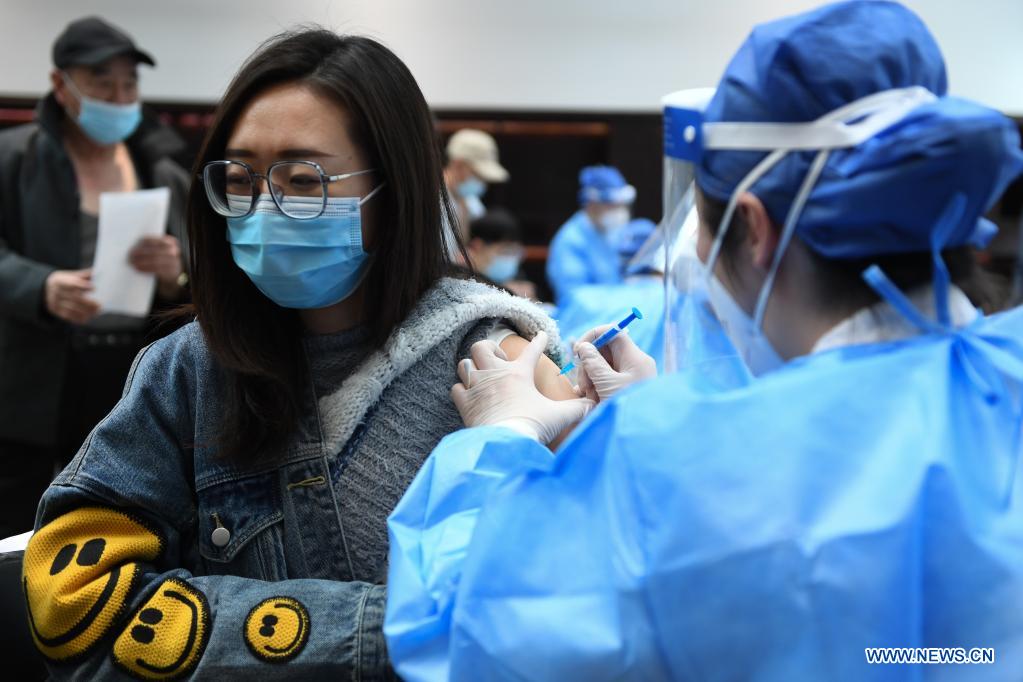 A staff member in Wangfujing, one of Beijing's downtown shopping streets, receives a shot of the COVID-19 vaccine at a temporary vaccination site newly-set for the convenience of nearby merchants and staff members in Beijing, capital of China, March 25, 2021. (Photo: Xinhua)

Of new imported cases, six were detected in Shanghai, two each in Hunan and Sichuan, one in Guangdong, commission said in its daily report.

Also on Friday, 27 asymptomatic cases were reported on the mainland, all imported. And a total of 270 asymptomatic patients were under medical observation.

There were 158 active cases as of Friday. No deaths related to the disease were reported, while 14 COVID-19 patients were discharged from hospitals.

The total number of confirmed cases on the Chinese mainland stood at 90,159 and the cumulative death toll was 4636 as of Friday.