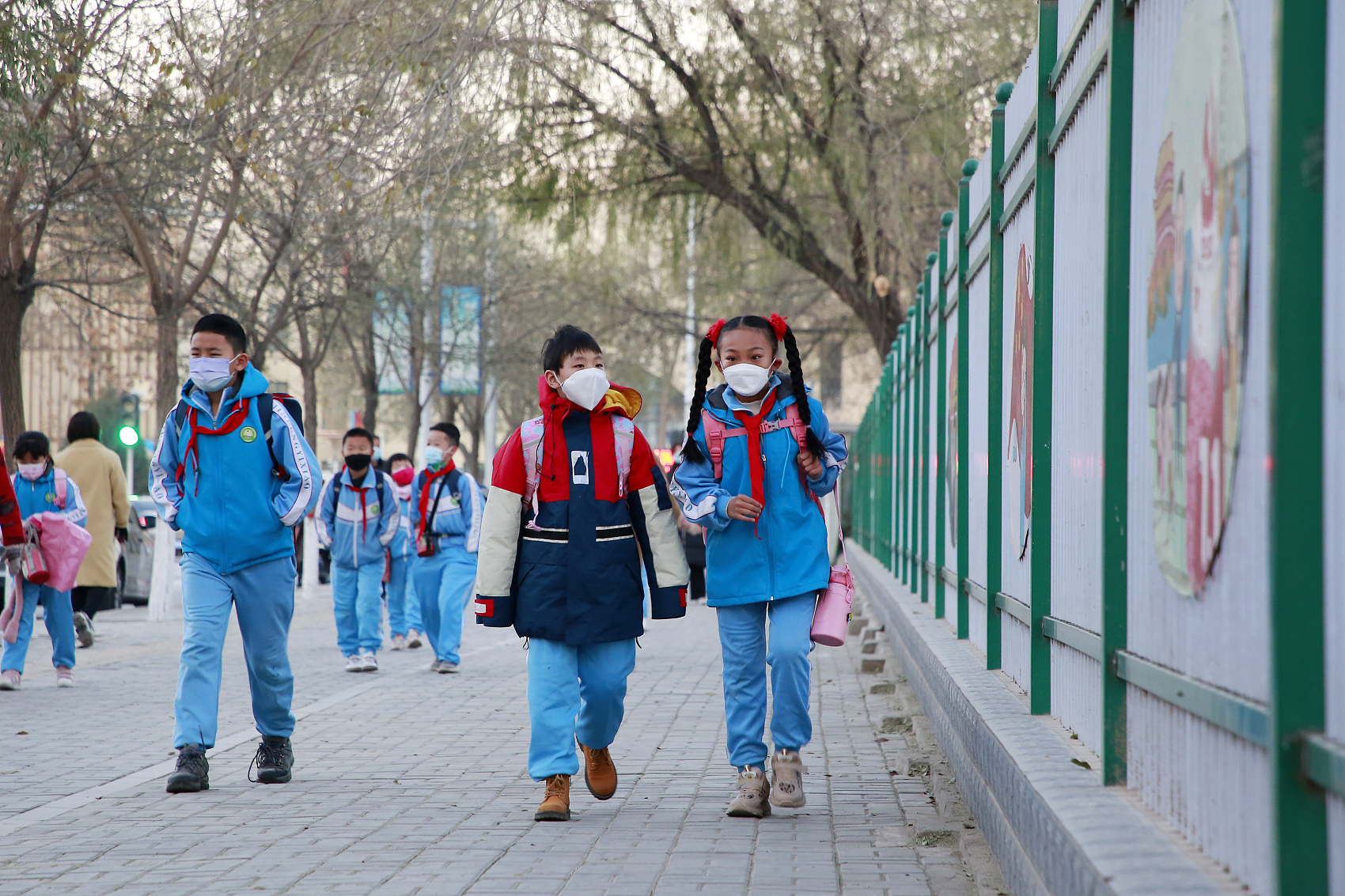 Primary and middle schools in Northwest China's Ningxia Hui Autonomous Region have resumed in-person classes starting from Nov 19, as the region has cleared all its medium- and high-risk areas for COVID-19. (Photo: CFP)

Among the imported cases, six were reported in Guangdong, one each in Tianjin, Shanghai and Guangxi, the commission said in its daily report.

Among the local cases, three were reported in Shanghai, one in Liaoning, the commission said.

There were 860 active cases on Chinese mainland as of Thursday, with eight in critical conditions. No deaths related to the disease were reported, while 67 COVID-19 patients were discharged from hospitals.

The total number of confirmed cases on the Chinese mainland stood at 98,583, with the death toll unchanged at 4,636.