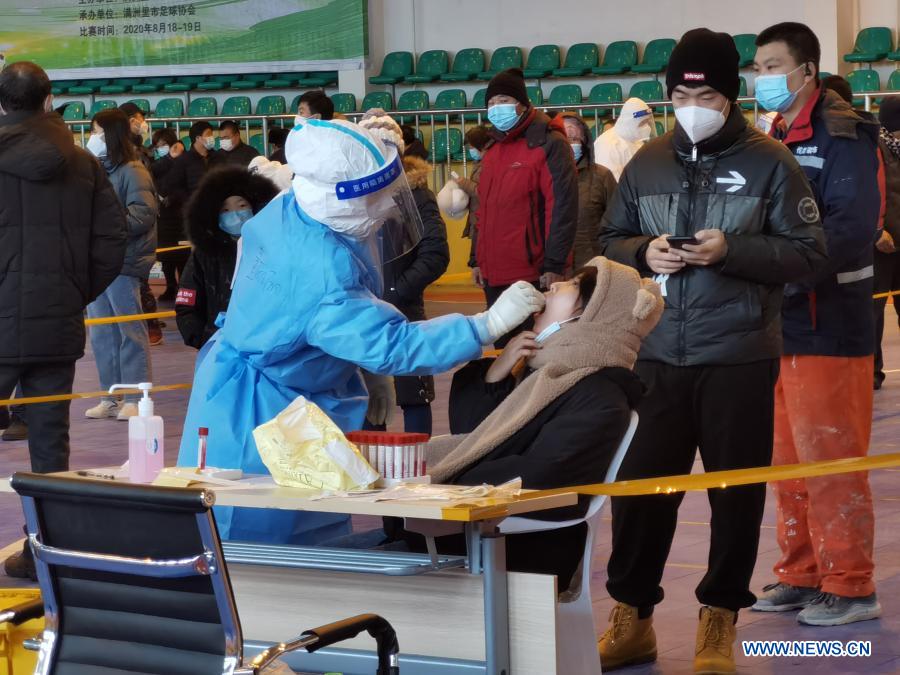 A health worker collects a swab sample from a resident during the third round of citywide nucleic acid testing in Manzhouli, north China's Inner Mongolia Autonomous Region, Dec. 3, 2020.(Photo: Xinhua)

The new locally transmitted case were all detected in Inner Mongolia, said the commission's daily report.

Seven new imported cases were reported in Shanghai and two in Guangdong respectively, and one each in Zhejiang, Fujian and Yunnan, the National Health Commission said in its daily report.

A total of 3,703 imported cases had been discharged from hospitals after recovery while 245 remained hospitalized, including four in severe conditions, the commission said.