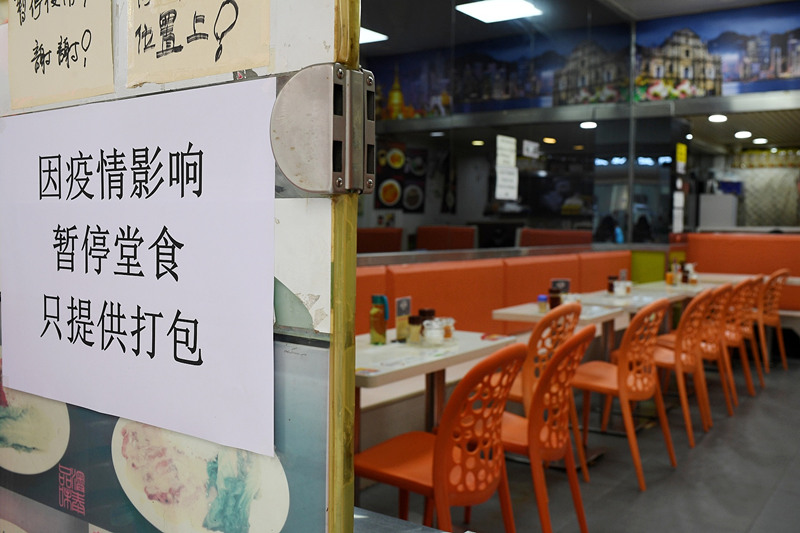 A notice posted on the door of a restaurant in Yuexiu district, Guangzhou, South China's Guangdong Province, says eat-in dining has been suspended and only take-away service is provided due to the COVID-19 epidemic, on Tuesday. (File photo: CFP)

Of the imported cases, two were reported in Beijing, two in Shanghai, two in Sichuan, and one each in Fujian and Guangdong.

Also on Tuesday, 9 asymptomatic cases were reported on the mainland. And a total of 361 asymptomatic patients are under medical observation.

There were 413 active cases, including 10 in critical condition on Chinese mainland as of Tuesday. No deaths related to the disease were reported, while 12 COVID-19 patients were discharged from hospitals.

The total number of confirmed cases on the Chinese mainland stands at 91,316 and the cumulative death toll is at 4,636.