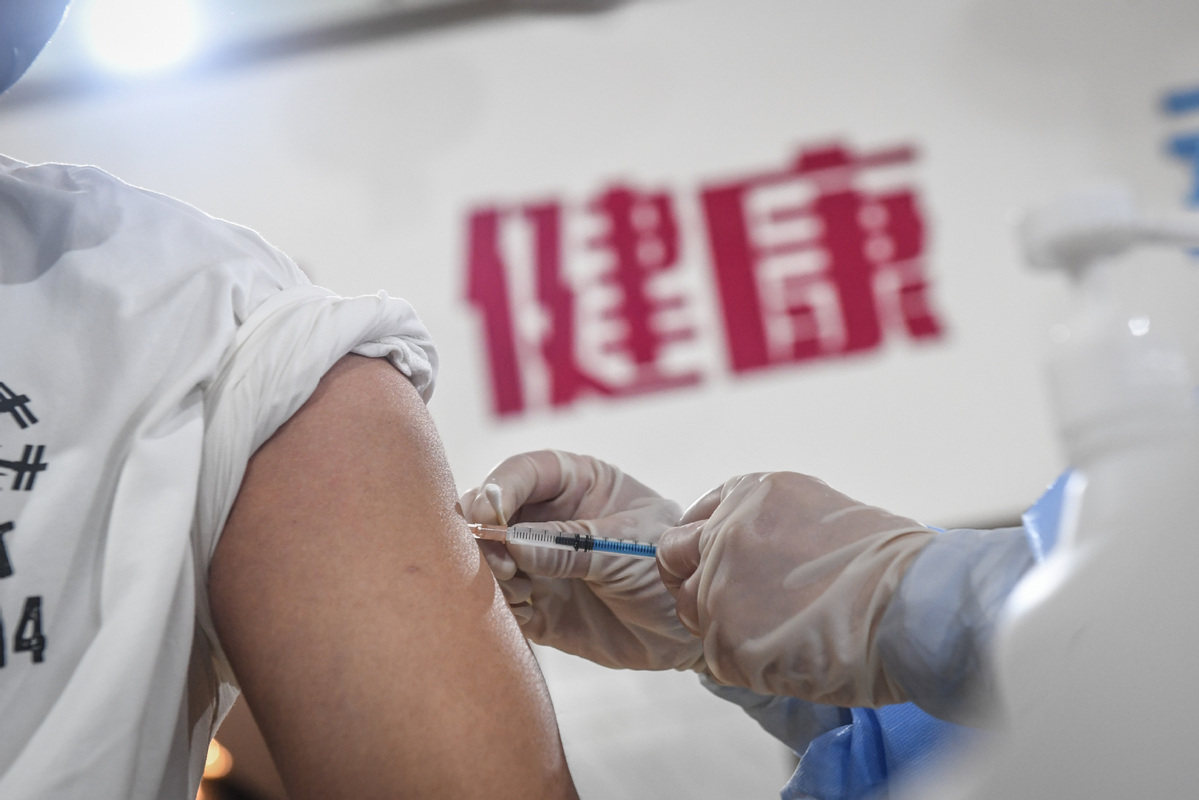 A resident receives a dose of COVID-19 vaccine at a community health center in Shenyang, Liaoning province, May 7, 2021. (Photo: Xinhua)

The Chinese mainland on Saturday reported 19 newly confirmed COVID-19 cases, including one locally transmitted cases and 18 arriving from outside the mainland, the National Health Commission said on Sunday.

The locally transmitted case was reported in Anhui Province, the commission said in its daily report.

Of the imported cases, four were reported in Shanghai, four in Sichuan, three in Guangdong, two in Fujian, one each in Beijing, Tianjin, Liaoning, Zhejiang and Yunnan.

There were 283 active imported cases as of Saturday. No deaths related to the disease were reported, while five COVID-19 patients were discharged from hospitals.

The total number of confirmed cases on the Chinese mainland stood at 90,973 and the cumulative death toll was 4,636 as of Saturday.