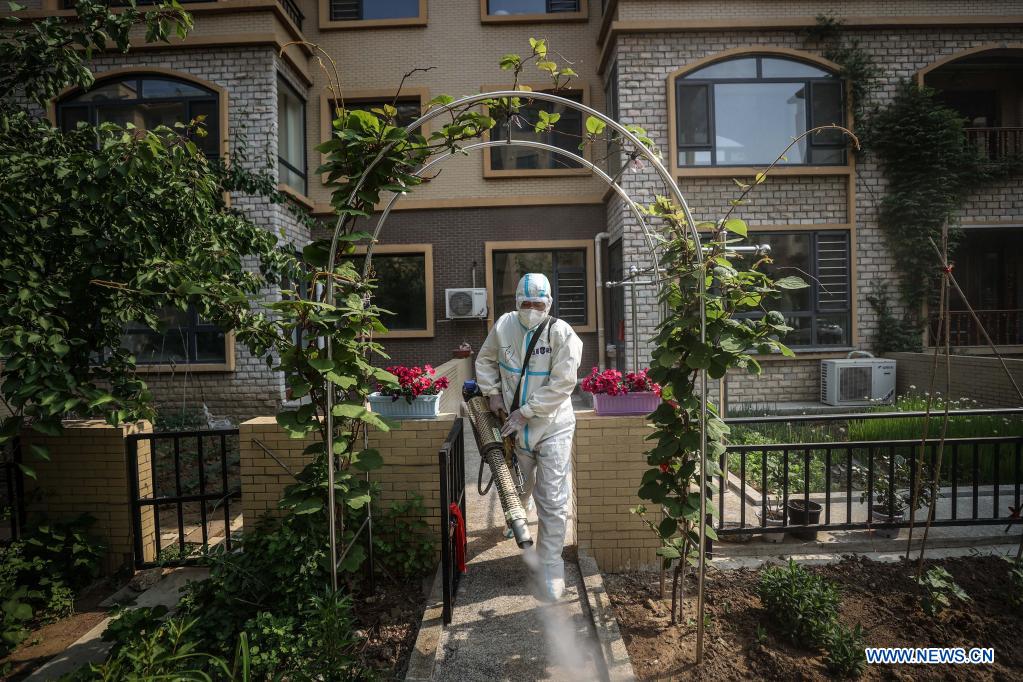 A volunteer sprays disinfectant at a community in Bayuquan District, Yingkou City, northeast China's Liaoning Province, on May 22, 2021. (Photo: Xinhua)

Of the imported cases, 12 were reported in Guangdong, Shanghai, one each in Beijing, Inner Mongolia, Shanghai, Fujian and Sichuan.

There were 297 active imported cases as of Wednesday. No deaths related to the disease were reported, while 12 COVID-19 patients were discharged from hospitals.

The total number of confirmed cases on the Chinese mainland stood at 91,038, with the death toll unchanged at 4,636.