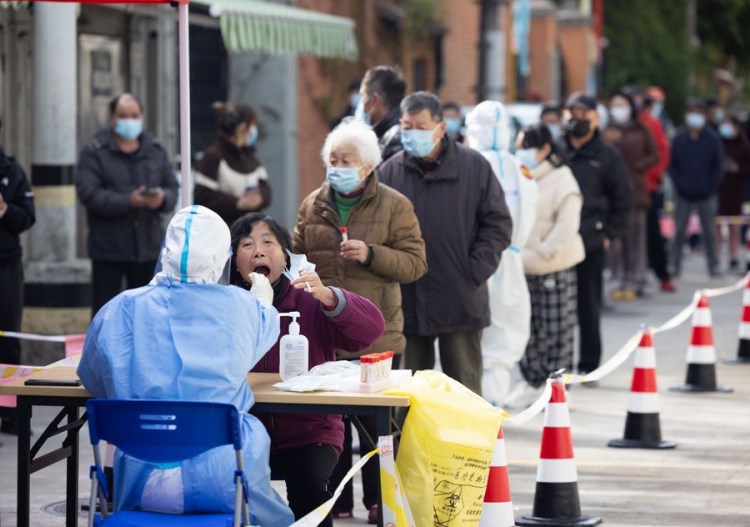 The Chinese mainland reported 2,129 new confirmed COVID-19 cases on Friday, including 2,086 domestically transmitted and 43 imported, the National Health Commission said in its daily report on Saturday.

Of the new local cases, 1,730 were reported in Jilin, 260 in Shanghai, 21 in Heilongjiang, 14 in Zhejiang, 13 in Fujian, 12 in Jiangsu, eight each in Shandong and Hainan, four in Liaoning, three each in Jiangxi and Hunan, two each in Hebei, Sichuan, and Qinghai, one each in Tianjin, Anhui, Henan and Yunnan, the commission said.

There were 27,128 active cases on Chinese mainland as of Friday, with 58 in critical conditions. The total number of confirmed cases on the Chinese mainland stood at 153,232, with the death toll standing at 4,638.

Across the mainland, Friday saw 7,869 new asymptomatic cases. Friday also saw 4,307 COVID-19 patients discharged from hospitals, according to the commission.