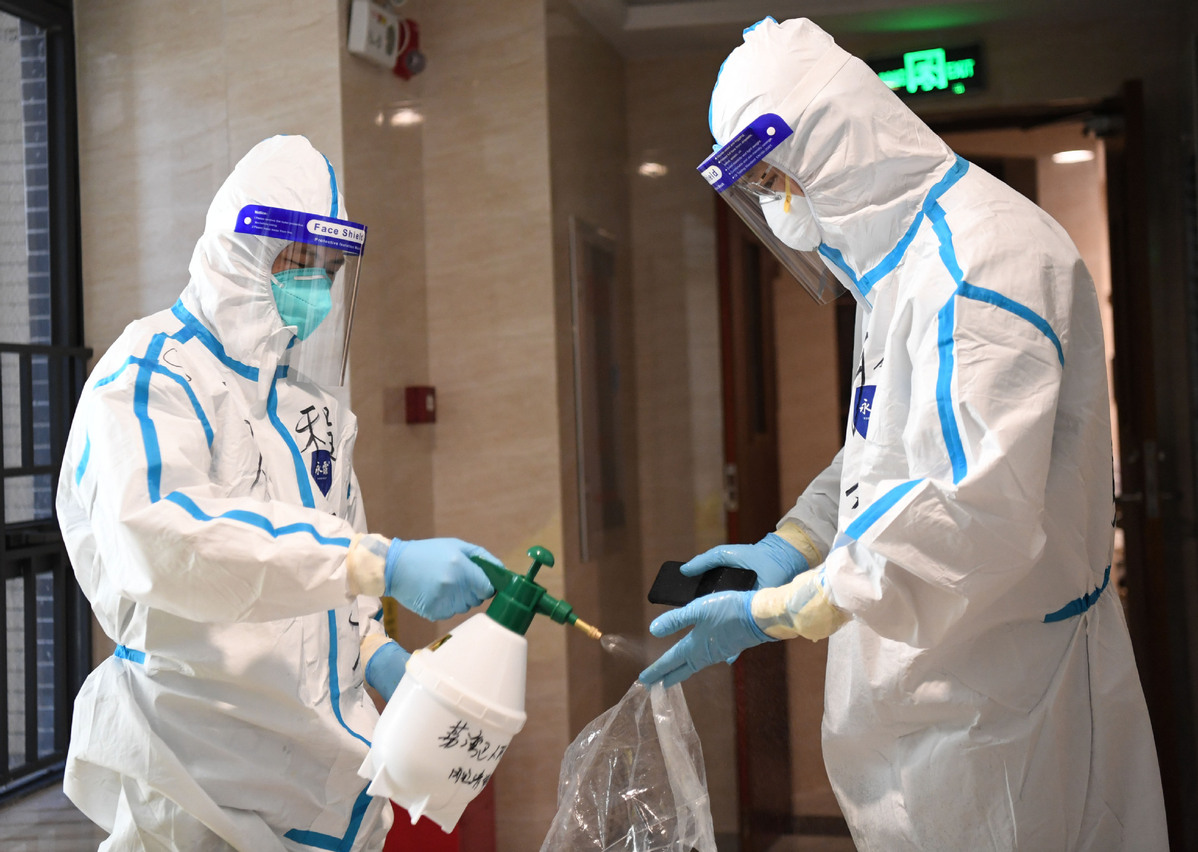 Workers spray disinfectant at a community in the Baihedong subdistrict, a high-risk area of Liwan district in Guangzhou, Guangdong province, on June 6, 2021. (Photo: Xinhua)

The two locally transmitted cases were reported in Guangdong Province, the commission said in its daily report.

There were 332 active imported cases as of Monday. No deaths related to the disease were reported, while eight COVID-19 patients were discharged from hospitals.

The total number of confirmed cases on the Chinese mainland stood at 91,471 and the cumulative death toll was 4,636 as of Monday.