The Chinese mainland reported 34 new confirmed COVID-19 cases on Sunday, including 20 domestically transmitted and 14 imported, the National Health Commission said in its daily report on Monday. 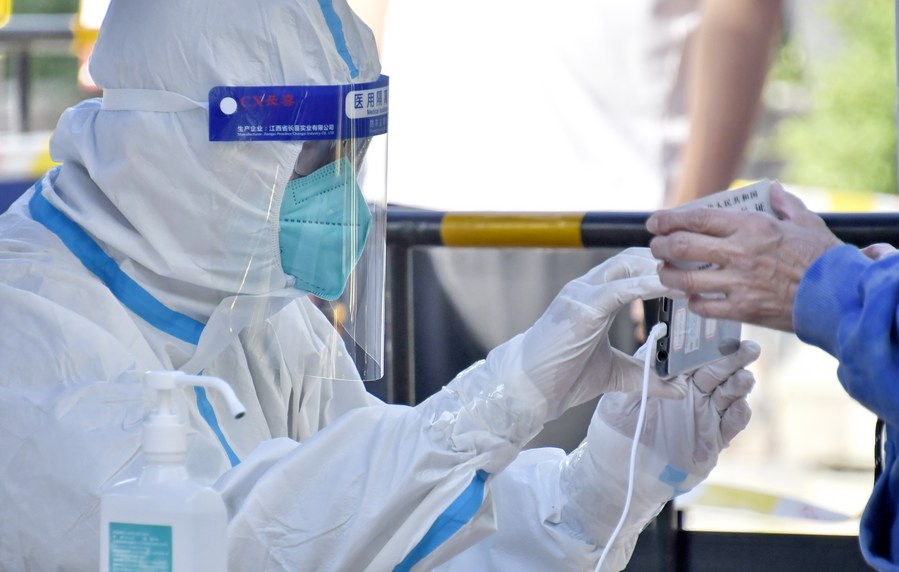 A staff member helps a citizen to register information before nucleic acid testing in Chaoyang District of Beijing, capital of China, May 13, 2022. (Photo: Xinhua)

No new deaths were reported on Sunday in Shanghai. The city reported 6 new local confirmed cases and 61 local asymptomatic infections.

There were 2,748 active cases on the Chinese mainland as of Sunday, with 133 in critical condition.

The total number of confirmed cases on the Chinese mainland stood at 224,049 and the death toll stood at 5,226.