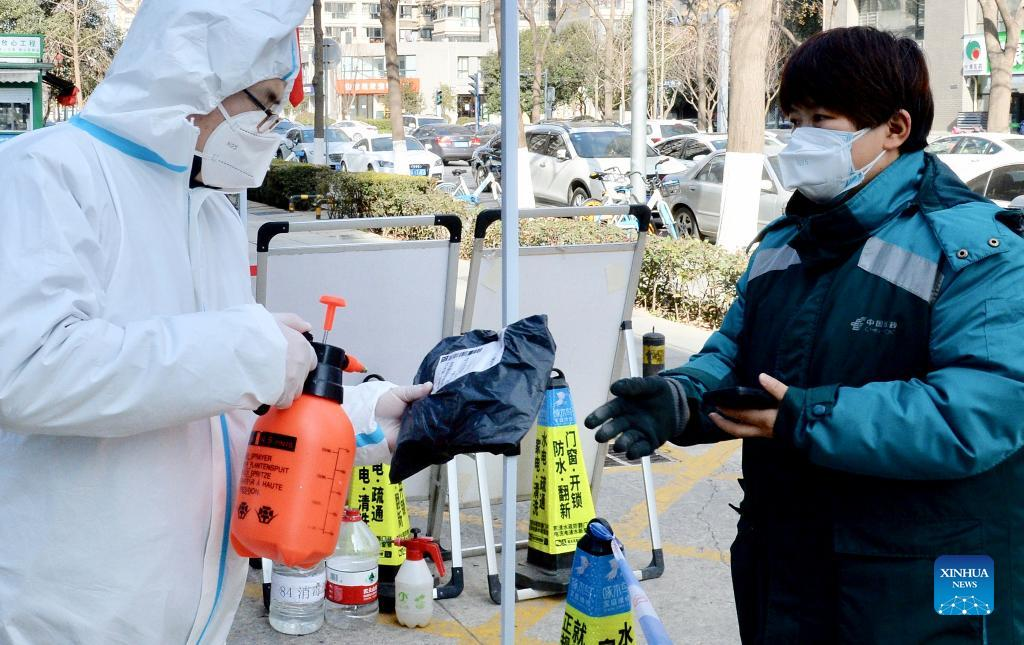 A volunteer disinfects a parcel to be delivered to a resident in Xi'an, capital of northwest China's Shaanxi Province, Jan. 13, 2022. (File photo: Xinhua)

The Chinese mainland reported 201 new confirmed COVID-19 cases on Thursday, including 143 domestically transmitted and 58 imported, the National Health Commission said in its daily report on Friday.

Of the new local cases, 98 were reported in Henan, 34 in Tianjin, eight in Shaanxi and two in Shangha and one in Guangdong, the commission said.

Among the imported cases, 30 were reported in Shanghai, nine in Guangdong, four in Guangxi, three each in Tianjin, Fujian, Zhejiang, and Liaoning, two in Sichuan, and one in Beijing, the commission said in its daily report.

The total number of confirmed cases on the Chinese mainland stood at 104,580, with the death toll unchanged at 4,636.