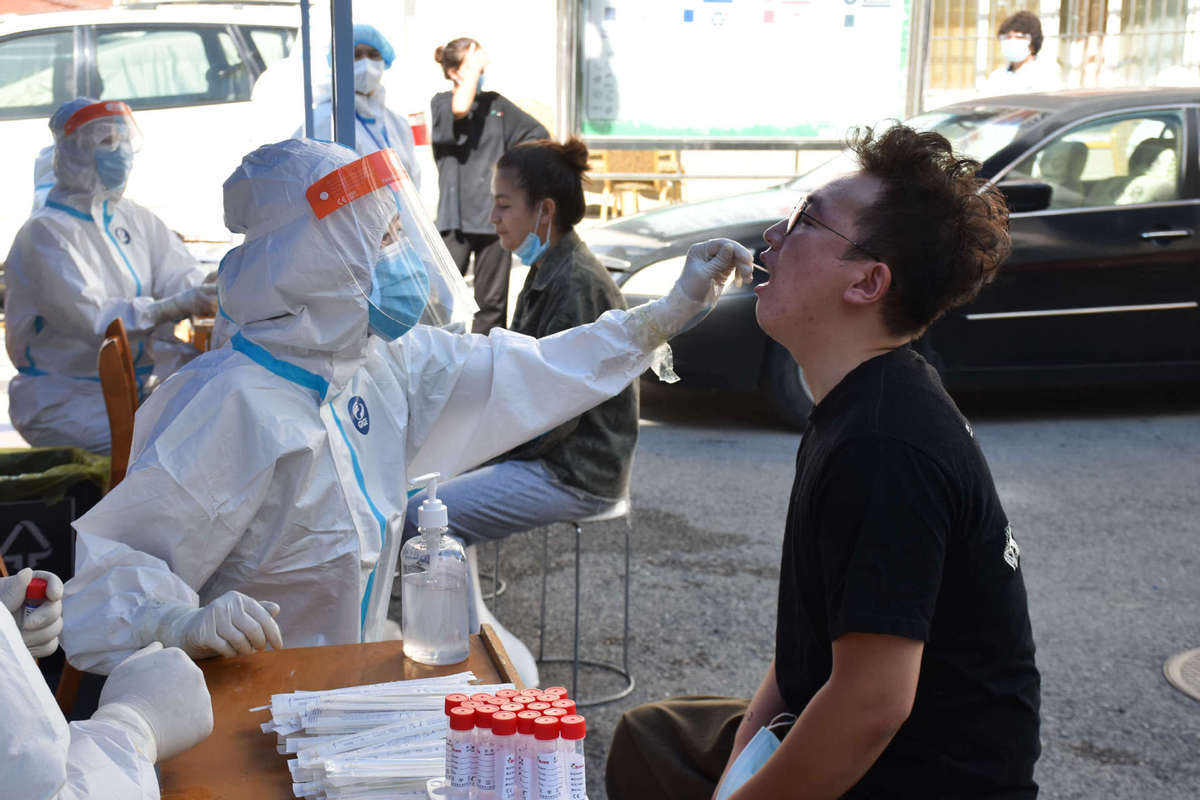 The Chinese mainland registered 22 new COVID-19 cases on Friday, of which eight were domestically transmitted and 14 were imported, the National Health Commission said on Saturday.

Among the locally transmitted cases, seven were reported in Xinjiang Uygur Autonomous Region and one in Guangdong Province, the National Health Commission said in its daily report.

One new suspected COVID-19 case, which was imported from outside the mainland, was reported in Shanghai, and no deaths related to the disease were reported on Friday, the commission said.

On Friday, 57 COVID-19 patients were discharged from hospitals after recovery, the commission said.

As of Friday, the total number of confirmed COVID-19 cases on the mainland had reached 84,808, including 655 patients who were still being treated, with 36 in severe conditions.

Altogether 79,519 people had been discharged after recovery, and 4,634 had died of the disease on the mainland, the commission said.

There were still three suspected COVID-19 cases on the mainland, it added.

According to the commission, 20,441 close contacts were still under medical observation after 1,905 were discharged on Friday.

The commission said 318 asymptomatic cases, including 175 from outside the mainland, were still under medical observation.

A total of 3,392 COVID-19 patients in the Hong Kong SAR, 46 in the Macao SAR, and 450 in Taiwan had been discharged from hospitals after recovery.