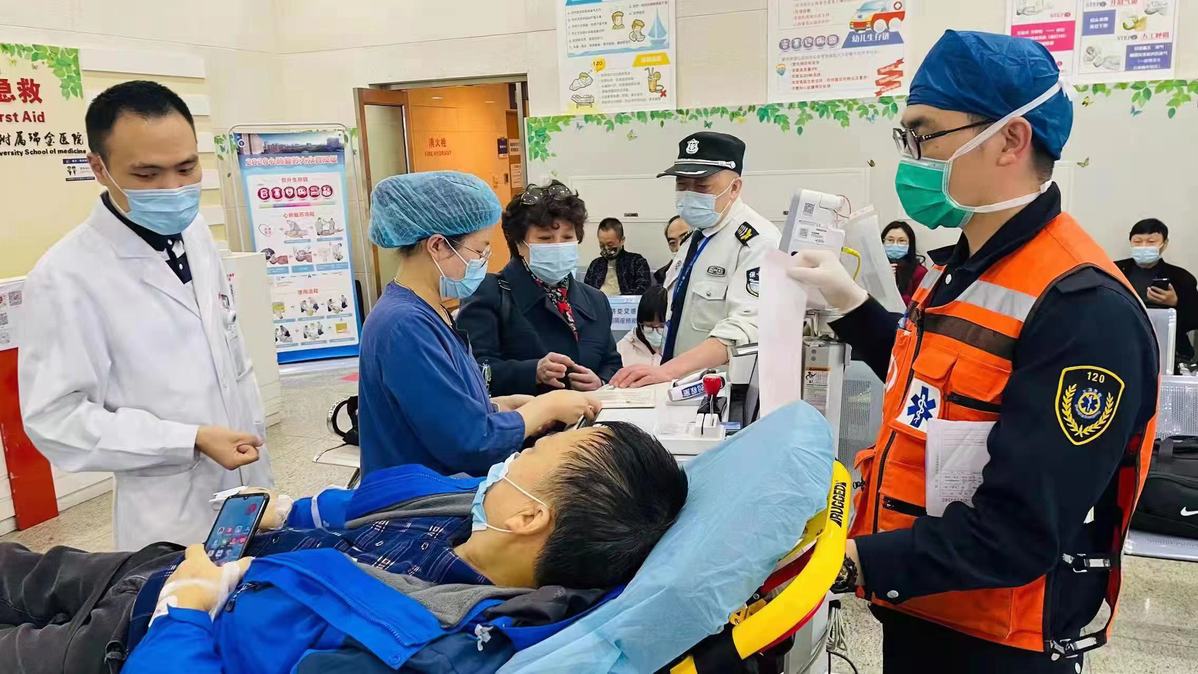 At around 7 am Saturday, the first ambulance after Ruijin Hospital's closed-loop management has concluded, arrives to transport a hemophilia patient suffering from gastrointestinal bleeding. (Photo: chinadaily.com.cn)

Among the imported cases, six were reported in Yunnan, five in Shanghai, three in Guangdong and two each in Shandong, Guangxi Zhuang Autonomous Region and Sichuan, Liaoning and Henan, the commission said in its daily report.

Among the local cases, two were reported in Yunnan and one in Liaoning, the commission said.

There were 785 active cases on Chinese mainland as of Saturday, with seven in critical conditions. No deaths related to the disease were reported, while 47 COVID-19 patients were discharged from hospitals.

The total number of confirmed cases on the Chinese mainland stood at 98,631, with the death toll unchanged at 4,636.