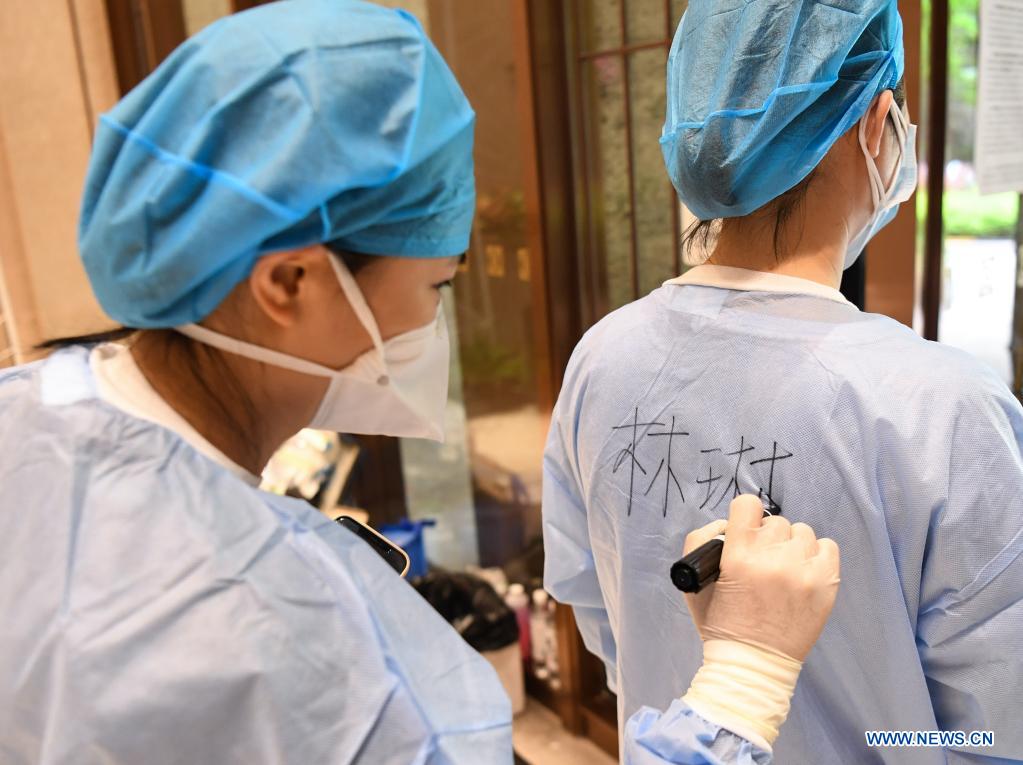 A volunteer in charge of delivering necessities for residents under home quarantine helps another volunteer write her name on the protective suit at a residential area at Liwan District of Guangzhou, capital of south China's Guangdong Province, June 2, 2021. (Photo: Xinhua)

The fifteen locally transmitted cases were reported in Guangdong Province, the commission said in its daily report.

Of the imported cases, three were reported in Shanghai, two each in Guangdong and Sichuan, and one each in Beijing and Fujian.

There were 293 active imported cases as of Wednesday. No deaths related to the disease were reported, while six COVID-19 patients were discharged from hospitals.

The total number of confirmed cases on the Chinese mainland stood at 91,170, with the death toll unchanged at 4,636.