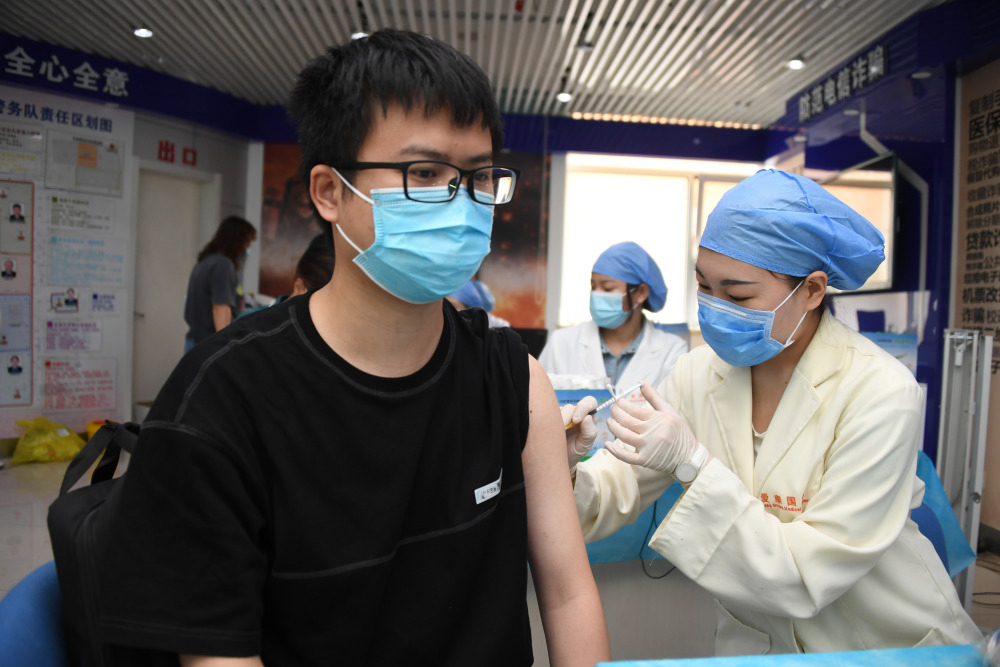 A medical worker administers a dose of the recombinant COVID-19 vaccine (adenovirus type 5 vector) which requires only one shot to a resident at a temporary vaccination site in Haidian District of Beijing, capital of China, May 20, 2021. (Photo: Xinhua)

The Chinese mainland on Thursday reported 24 newly confirmed COVID-19 cases, all of which were imported cases, the National Health Commission said Friday.

Of the imported cases, 11 were reported in Fujian, nine in Shanghai, one in Hunan, one in Guangdong, one in Sichuan.

There were 271 active imported cases as of Thursday. No deaths related to the disease were reported, while 15 COVID-19 patients were discharged from hospitals.

The total number of confirmed cases on the Chinese mainland stood at 90,944, with the death toll unchanged at 4,636.