The Chinese mainland on Friday reported 25 newly confirmed COVID-19 cases, all of which were imported cases, the National Health Commission said Saturday. 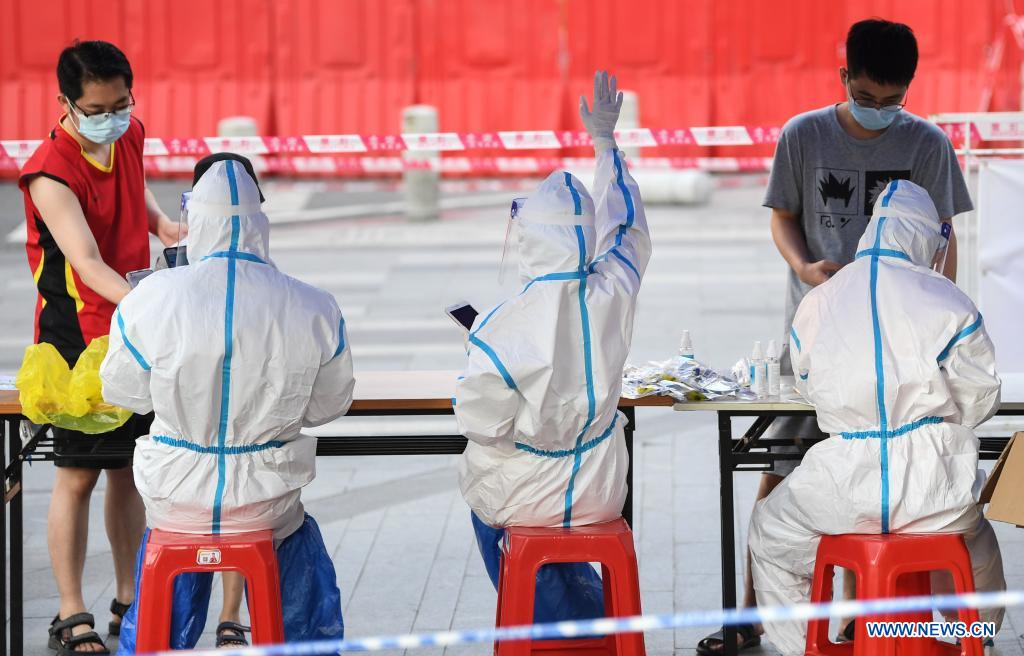 People have their information registered before COVID-19 nucleic acid testing in Liwan District of Guangzhou, south China's Guangdong Province, June 8, 2021. A new round of mass testing in high-risk areas of Baihedong Street and Zhongnan Street in Guangzhou started on Tuesday. (Xinhua/Deng Hua)

Of the imported cases, six were reported in Sichuan, five in Yunnan, four in Fujian, another four in Guangdong, three in Shanghai, two in Hunan and one in Zhejiang, the commission said.

There were 389 active imported cases as of Friday. No deaths related to the disease were reported, while 37 COVID-19 patients were discharged from hospitals.

The total number of confirmed cases on the Chinese mainland stood at 91,718 and the cumulative death toll was 4,636 as of Friday.