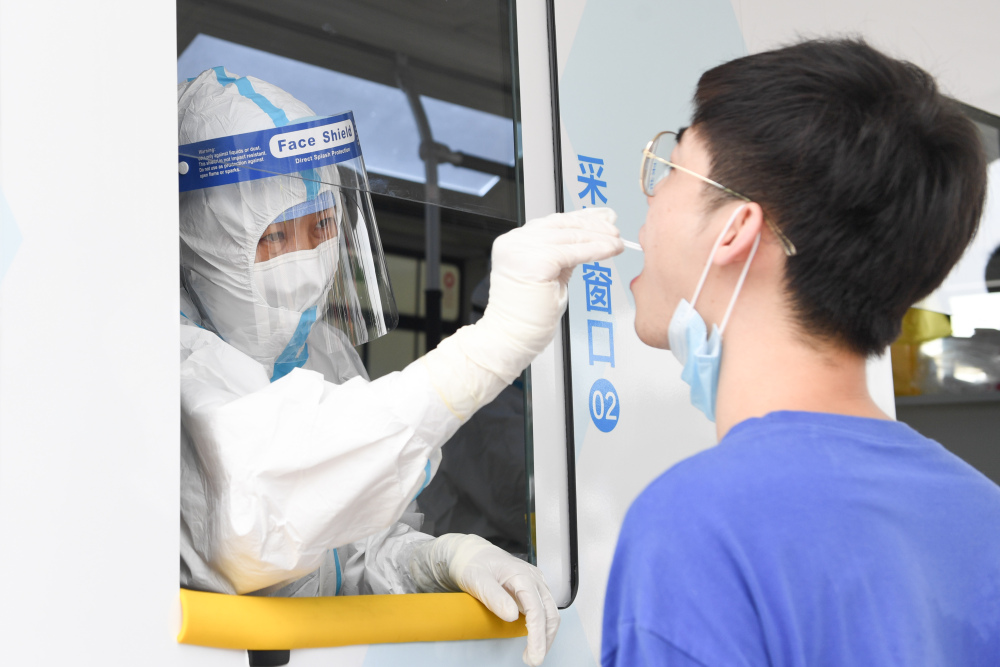 Photo: A medical staff member takes a throat swab sample from a man at a newly-adopted mobile testing vehicle in Xicheng District of Beijing, capital of China, June 28, 2020. /Xinhua

Of the new imported cases, nine were reported in Shanghai, nine in Guangdong, three in Tianjin, three in Shanxi, two in Beijing and two in Fujian, the commission said in its daily report.

Among all the imported cases, 2,959 had been discharged from hospitals after recovery while 254 remained hospitalized, the commission said.