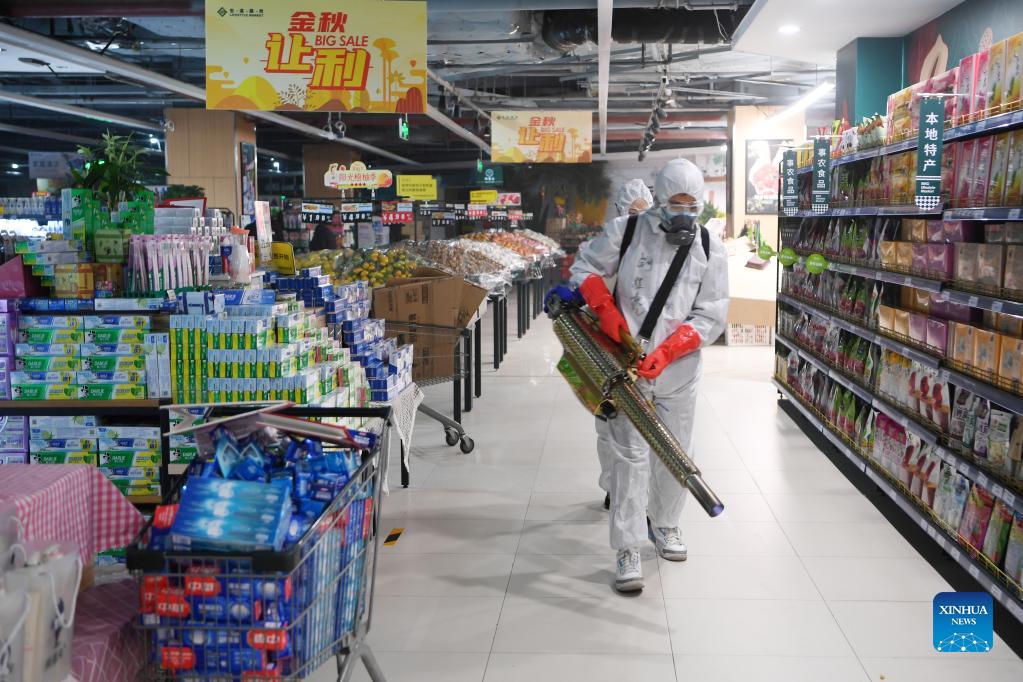 Staff members disinfect a shopping center in Chengguan District of Lanzhou, northwest China's Gansu Province, Oct. 19, 2021. Local authorities have strengthened the prevention and control measures to halt the spread of the coronavirus in the recent COVID-19 resurgence. (Xinhua/Fan Peishen)

Of the local cases, eight were reported in Inner Mongolia, four in Gansu, one each in Beijing, Guizhou, Yunnan, Shaanxi and Ningxia Hui Autonomous Region respectively, the commission said.

Among the imported cases, seven were reported in Shanghai, three in Guangdong, one each in Fujian, Henan and Shaanxi, the commission said in its daily report.

There were 505 active cases on Chinese mainland as of Tuesday, with one in critical condition. No deaths related to the disease were reported, while 39 COVID-19 patients were discharged from hospitals.

The total number of confirmed cases on the Chinese mainland stood at 96,601, with the death toll unchanged at 4,636.