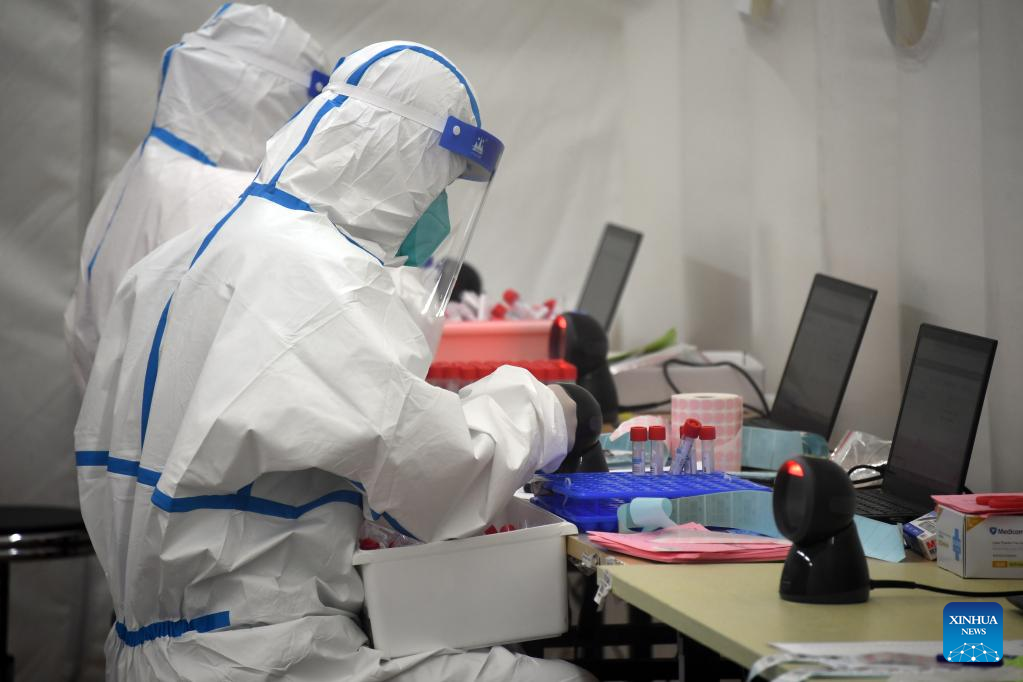 Staff members work at an inflatable COVID-19 testing lab in Shunyi District of Beijing, capital of China, May 12, 2022. (Photo: Xinhua)

The Chinese mainland reported 331 new confirmed COVID-19 cases on Thursday, including 312 domestically transmitted and 19 imported, the National Health Commission said in its daily report on Friday.

There were 6,944 active cases on the Chinese mainland as of Thursday, with 397 in critical condition.

The total number of confirmed cases on the Chinese mainland stood at 221,289, and the death toll stood at 5,205.