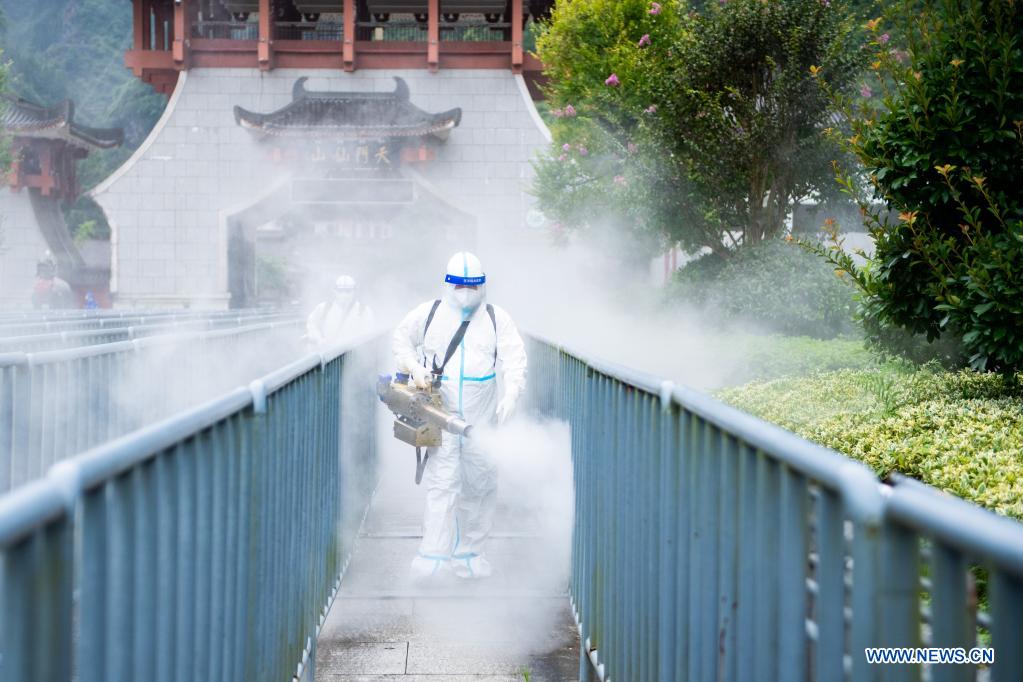 A staff member disinfects the entrance of the Tianmen Mountain scenic spot in preparation for its reopening in Zhangjiajie, central China's Hunan Province, Aug. 26, 2021. (Photo: Xinhua)

Among the local cases, one was reported in Shanghai, another in Jiangsu, the commission said in its daily report.

Of the imported cases, eight each were reported in Guangdong and Yunnan, seven in Shanghai, two in Henan, one each in Tianjin, Liaoning, Heilongjiang, Hubei and Sichuan, the commission said.

There were 1,431 active cases on Chinese mainland as of Thursday, 12 of whom were in severe conditions. No deaths related to the disease were reported, while 98 COVID-19 patients were discharged from hospitals.