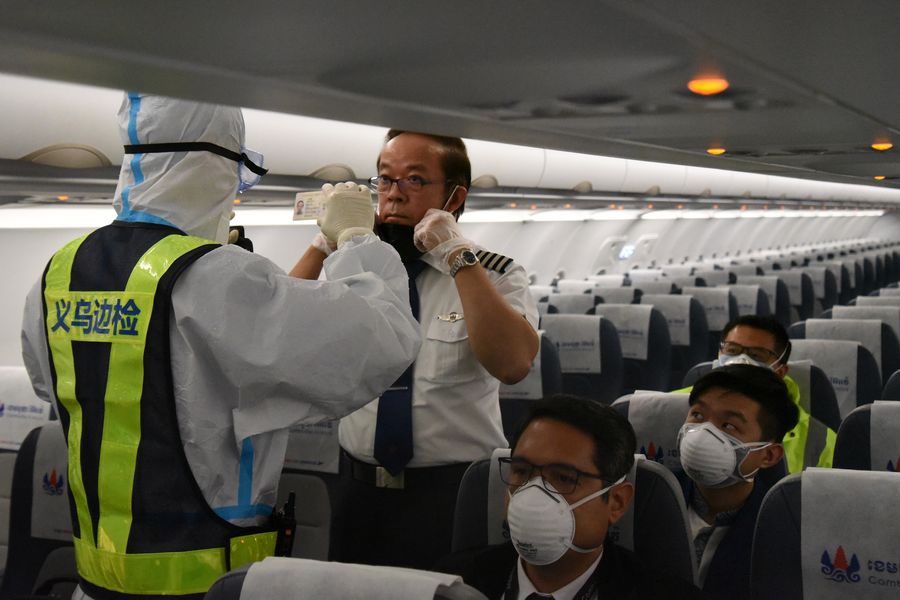 A staff member of the entry-exit frontier defence inspection station checks the personnel on a plane at the Yiwu International Airport in Yiwu, east China's Zhejiang Province, March 27, 2020. (Photo: Xinhua)

Chinese health authority said Monday it received reports of 39 new confirmed COVID-19 cases on the Chinese mainland Sunday, of which 38 were imported.

Also on Sunday, one death, in Hubei Province, and 10 new suspected cases, all imported ones, were reported on the mainland. According to the commission, 114 people were discharged from hospitals after recovery, while the number of severe cases decreased by 30 to 265.

As of Sunday, the mainland had reported a total of 951 imported cases. Of the cases, 258 had been discharged from hospitals after recovery, and 22 were in severe condition, said the commission.