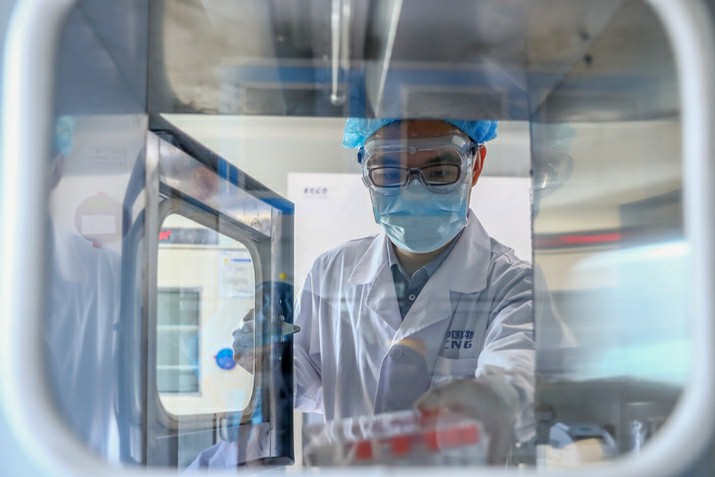 An employee handles trial vaccine samples at a COVID-19 vaccine production base of Sinopharm in Beijing. (File photo: Xinhua)

Chinese health authorities said Friday that it received reports of four new confirmed COVID-19 cases on the Chinese mainland on Thursday, all of which were imported.

Beijing observed the forth day with no infection on Thursday since an outbreak reignited on June 11, leaving 335 people infected.

Another 19 people were discharged from hospitals after recovery.

As of Thursday, the mainland had reported a total of 1,962 imported cases. Of the cases, 1,891 had been discharged from hospitals after recovery, said the commission.

Also on Thursday, three new asymptomatic COVID-19 cases were reported on the mainland. The commission said 113 asymptomatic cases were still under medical observation, including 82 from abroad.