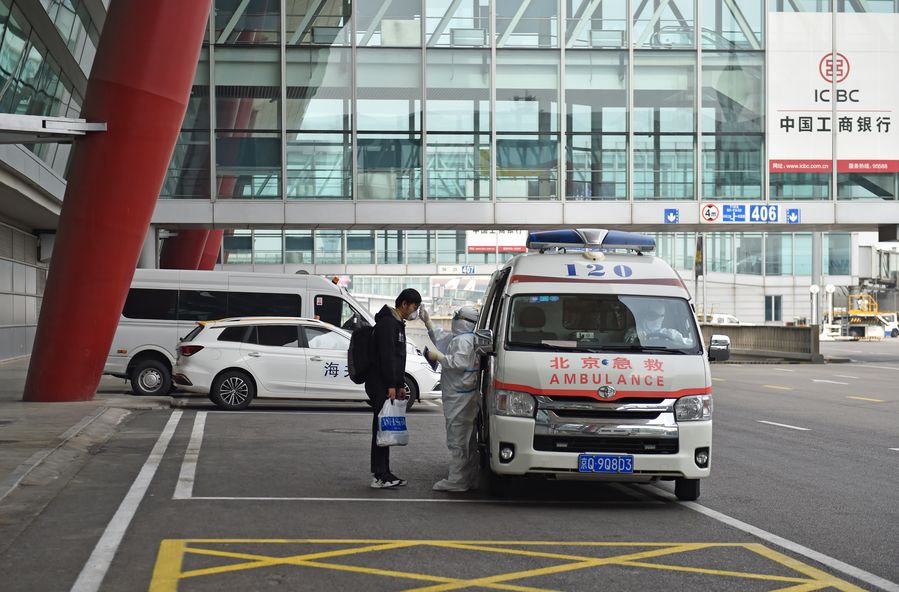 Inbound passengers with abnormal conditions are transferred by an ambulance to designated medical center for further examination, at the Capital International Airport in Beijing, capital of China, March 18, 2020. (File photo: Xinhua)

Chinese health authority said on Thursday it received reports of 46 new confirmed COVID-19 cases on the Chinese mainland on Wednesday, among which 12 were domestically contracted and 34 were imported.

The Chinese mainland registered no deaths and four new suspected cases on Wednesday.

According to the National Health Commission, 76 people were discharged from hospitals after recovery, while the number of severe cases decreased by 18 to 95.

As of Wednesday, the mainland had reported a total of 1,534 imported cases. Of the cases, 636 had been discharged from hospitals after recovery and 46 were in severe condition, said the commission.