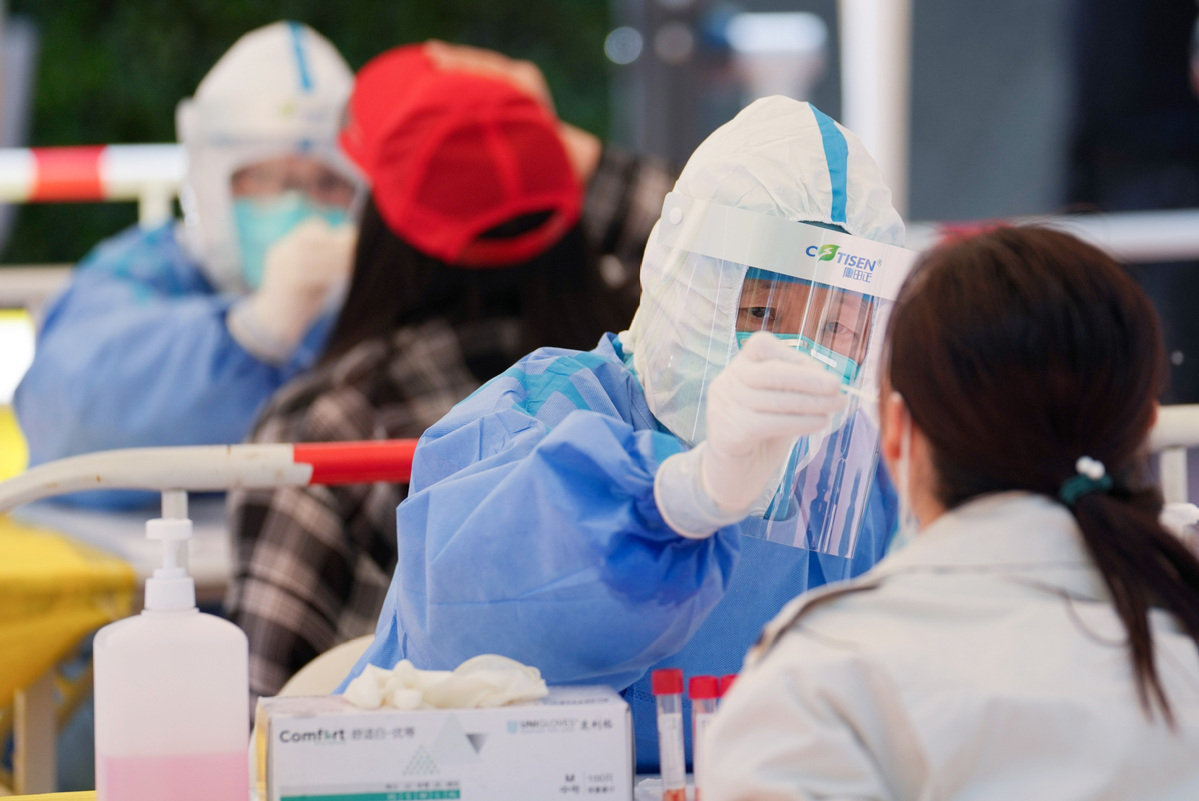 A resident takes a COVID-19 nucleic acid test at a testing point in Fengtai district of Beijing, May 16, 2022. (Photo: Xinhua)

There were 1,594 active cases on the Chinese mainland as of Monday, with two in critical condition.

The total number of confirmed cases on the Chinese mainland stood at 229,701 and the death toll stood at 5,226.