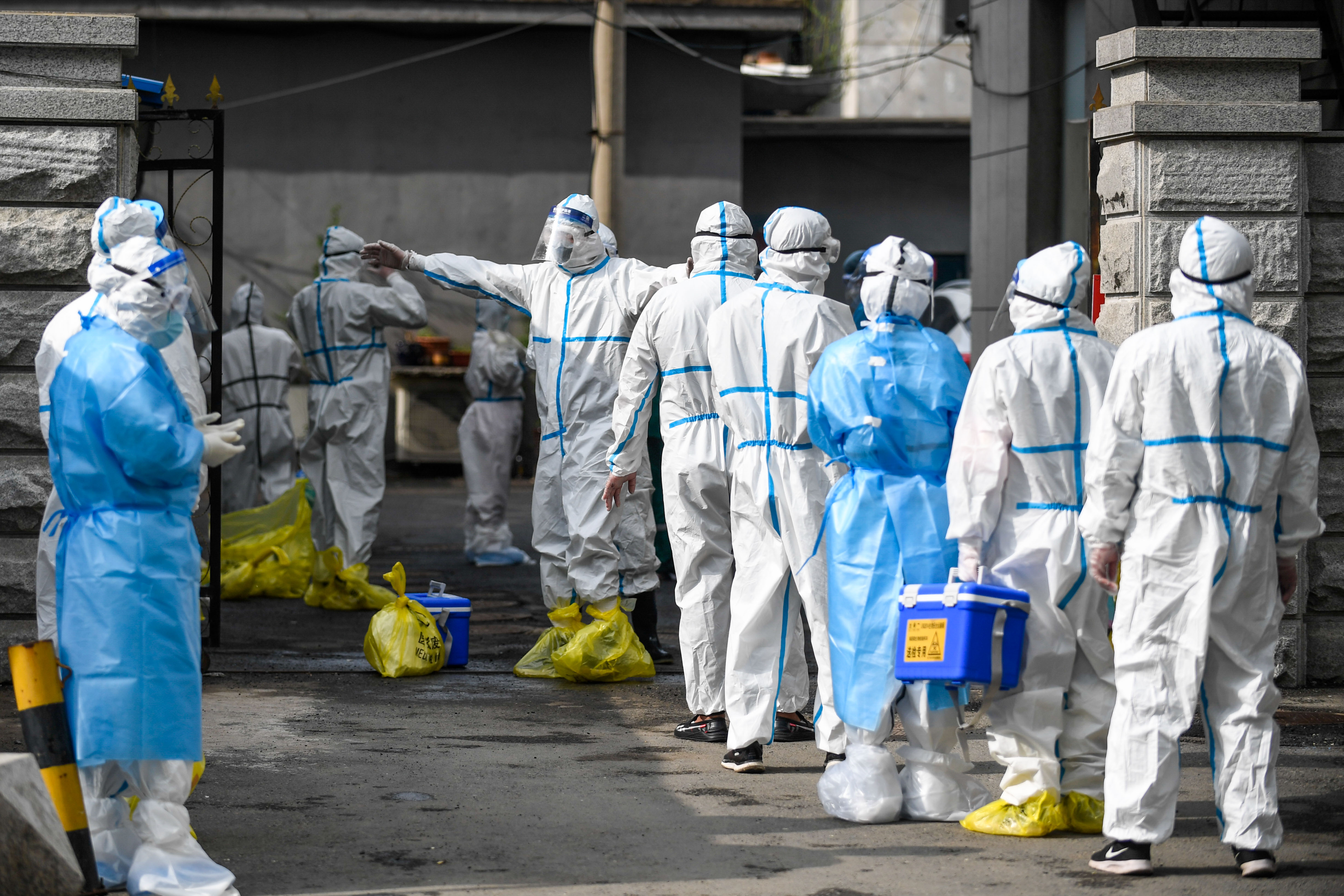 Photo: Medical workers wait to submit the COVID-19 samples for nucleic acid test at the center for disease control and prevention in Fengman District of Jilin City, northeast China's Jilin Province, May 17, 2020. /Xinhua

Chinese health authority said Wednesday that it received reports of five new confirmed COVID-19 cases on the Chinese mainland Tuesday, of which one was imported and reported in Inner Mongolia Autonomous Region.

The other four cases were domestically transmitted in Jilin Province, the National Health Commission said in its daily report.

Three suspected cases were reported on Tuesday, all in Shanghai. Of the three cases, two were imported from abroad and one was domestically transmitted, the commission said.

On Tuesday, three people were discharged from hospitals after recovery, while the number of severe cases decreased by one to nine.

As of Tuesday, the overall confirmed cases on the mainland had reached 82,965, including 87 patients who were still being treated, and 78,244 people who had been discharged after recovery.

Altogether 4,634 people had died of the disease, the commission said.

By Tuesday, the mainland had reported a total of 1,708 imported cases. Of the cases, 1,662 had been discharged from hospitals after recovery, and 46 remained hospitalized with two in severe conditions. No deaths from the imported cases had been reported.

The commission said seven people were suspected of being infected with the virus, of which six were imported from overseas.

The commission said 368 asymptomatic cases, including 26 from overseas, were still under medical observation.

A total of 1,025 patients in Hong Kong, 45 in Macao, and 401 in Taiwan had been discharged from hospitals after recovery.