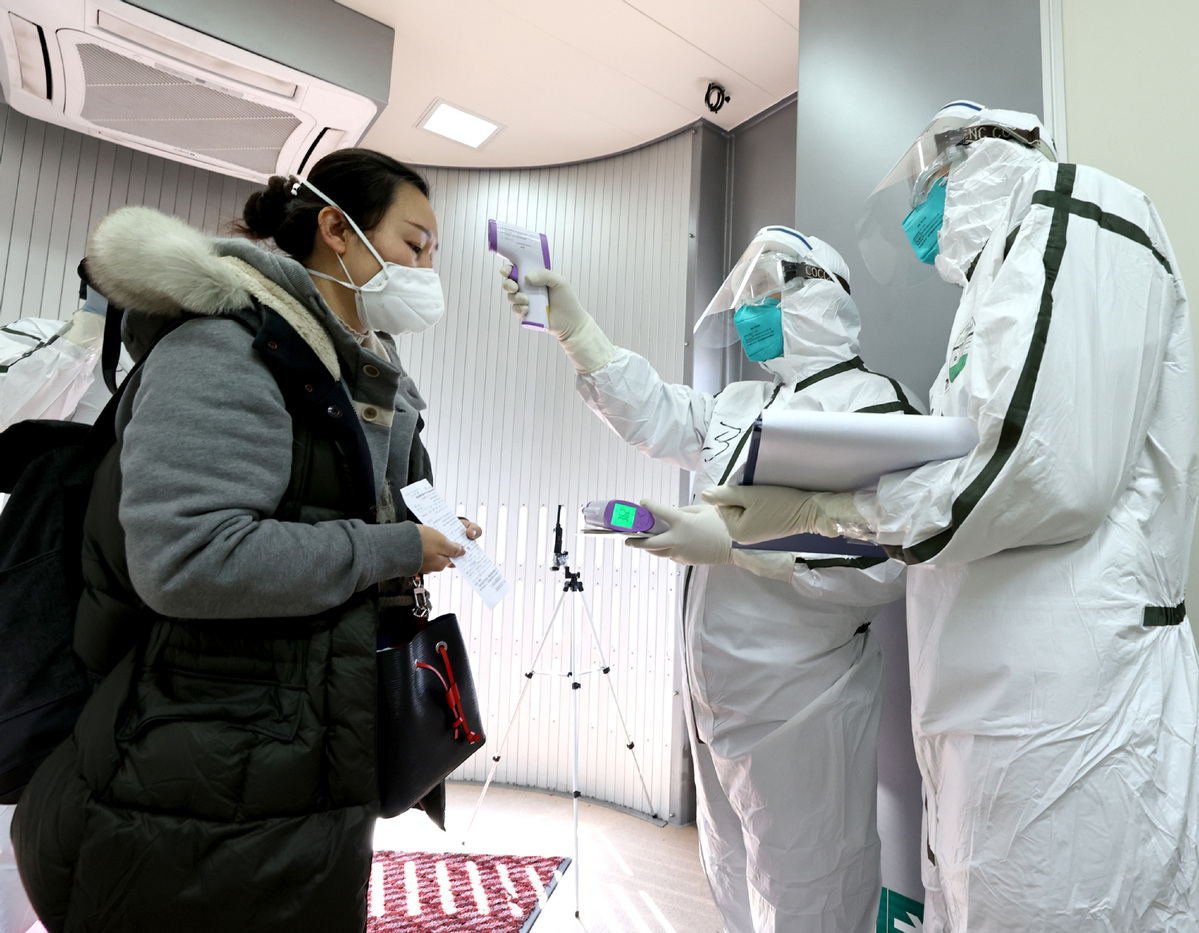 Staff members take the temperature of a passenger at the Terminal 2 of Beijing Capital International Airport in Beijing, March 7, 2020. (File photo: Xinhua)

Chinese health authority said Thursday it received reports of 67 new confirmed COVID-19 cases on the Chinese mainland on Wednesday, all were imported from abroad.

By the end of Wednesday, 541 imported cases had been reported, according to the National Health Commission.

Also on Wednesday, six new deaths and 58 new suspected cases were reported on the mainland. 401 people were discharged from hospital after recovery, while the number of severe cases decreased by 164 to 1,235.