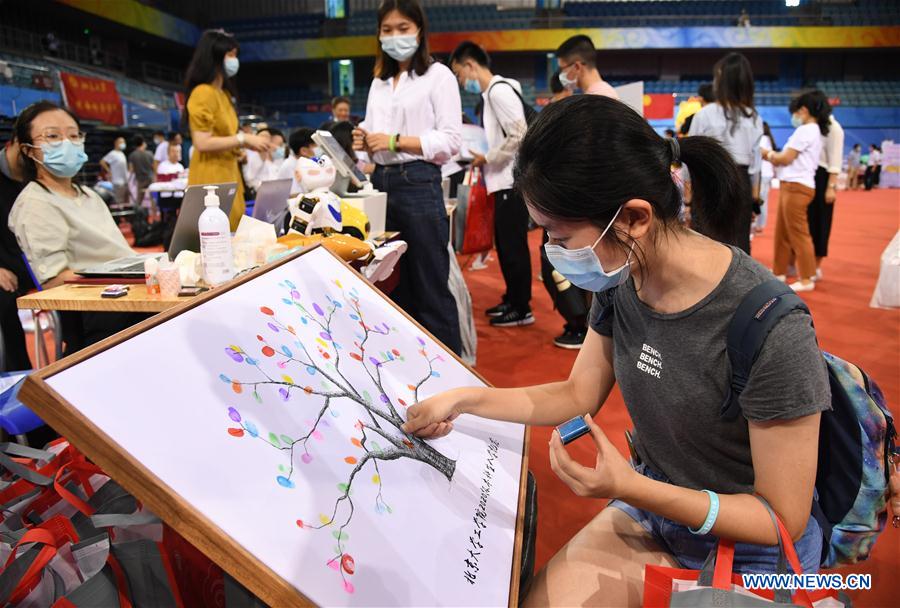 A freshman (front) presses her finger onto a painting while registering at the Khoo Teck Puat Gymnasium of the Peking University in Beijing, capital of China on Sept. 1, 2020. As the new school year starts, college students are returning to campus in Beijing under tight epidemic prevention and control measures. (Photo: Xinhua)

Of the new imported cases, six were reported in Shanghai and one in Guangdong, the commission said in its daily report.

Among all the imported cases, 2,443 had been discharged from hospitals after recovery, and 161 remained active cases, with two in severe condition, the commission said.