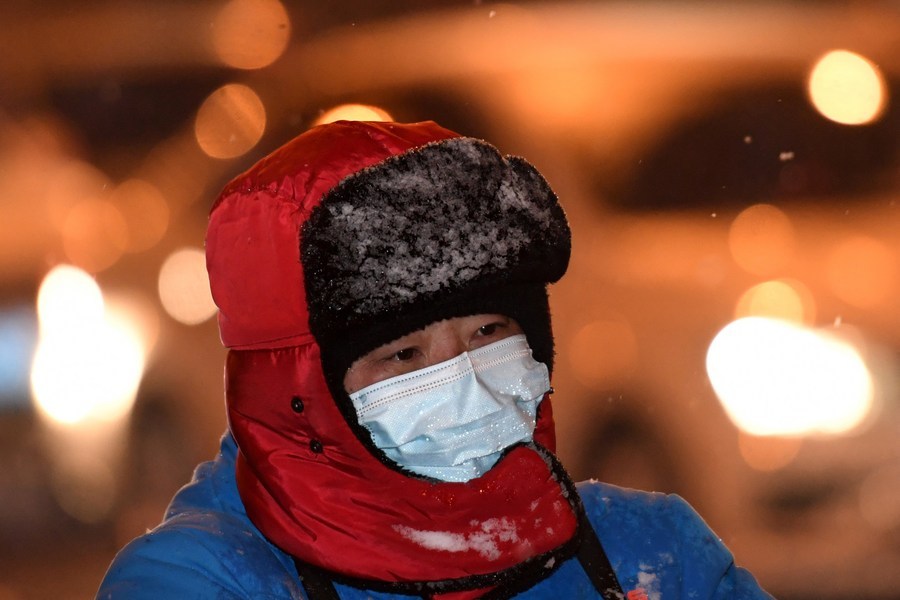 Snowflakes fall on the hat of a delivery man in Chaoyang District of Beijing, capital of China, Dec. 12, 2020. (Xinhua/Ju Huanzong)

Six new imported cases were reported in Shanghai, and one in Guangdong, the National Health Commission said in its daily report.

One new suspected case was reported in Heilongjiang. No new deaths related to the disease were reported.

Twenty-one COVID-19 patients were discharged from hospitals after recovery on Wednesday, while 301 remained hospitalized, including seven in severe conditions, the commission said.