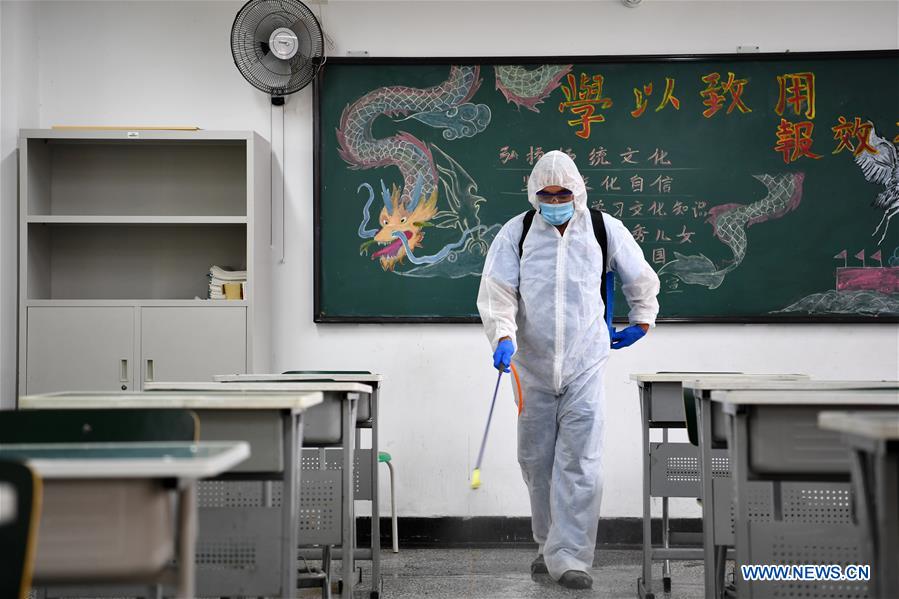 A staff member disinfects a classroom at a middle school in Tianjin, north China, July 3, 2020. This year's national college entrance exam in China will start from July 7. (Photo: Xinhua)

Chinese health authorities said Tuesday that it received reports of eight new confirmed COVID-19 cases on the Chinese mainland on Monday, all of which were imported.

Beijing observed no increase in confirmed COVID-19 cases on Monday, the first time since an outbreak reignited in mid-June and led to 335 people being infected.

No deaths related to the disease were reported Monday, according to the commission.

Another ten people were discharged from hospitals after recovery.

As of Monday, the mainland had reported a total of 1,942 imported cases. Of the cases, 1,870 had been discharged from hospitals after recovery, said the commission.

Also on Monday, 15 new asymptomatic COVID-19 cases were reported on the mainland. The commission said 114 asymptomatic cases were still under medical observation, including 77 from abroad.