The Chinese mainland reported eight new confirmed COVID-19 cases on Monday, all of which were imported cases, the National Health Commission said on Tuesday. 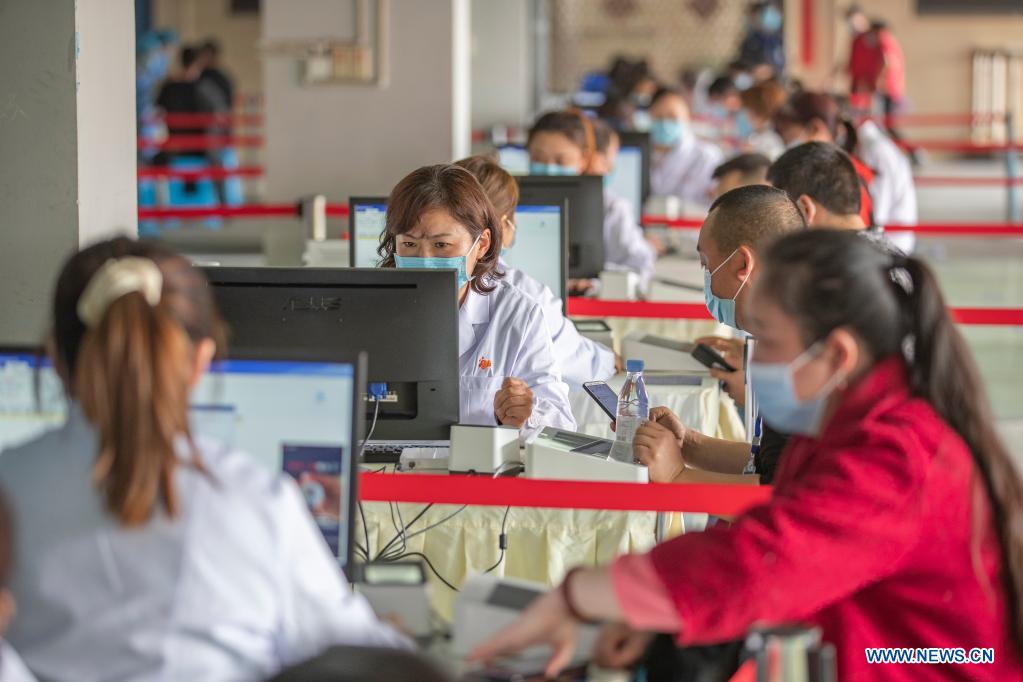 People register their information before receiving COVID-19 vaccines at a temporary vaccination site in Jiulongpo District of Chongqing, southwest China, March 27, 2021. Two temporary vaccination sites are newly set at two sports centers in Jiulongpo District and Nan'an District of Chongqing, with daily inoculation capacity of about 5,000 and 10,000 respectively. (Photo: Xinhua)Of new imported cases, eight were detected in Guangdong, three in Inner Mongolia, two in Sichuan, and one each in Shanghai and Hainan, the commission said in its daily report.

There were 170 active cases as of Monday. No deaths related to the disease were reported, while seven COVID-19 patients were discharged from hospitals.

The total number of confirmed cases on the Chinese mainland stood at 90,190 and the cumulative death toll was 4,636 as of Monday.