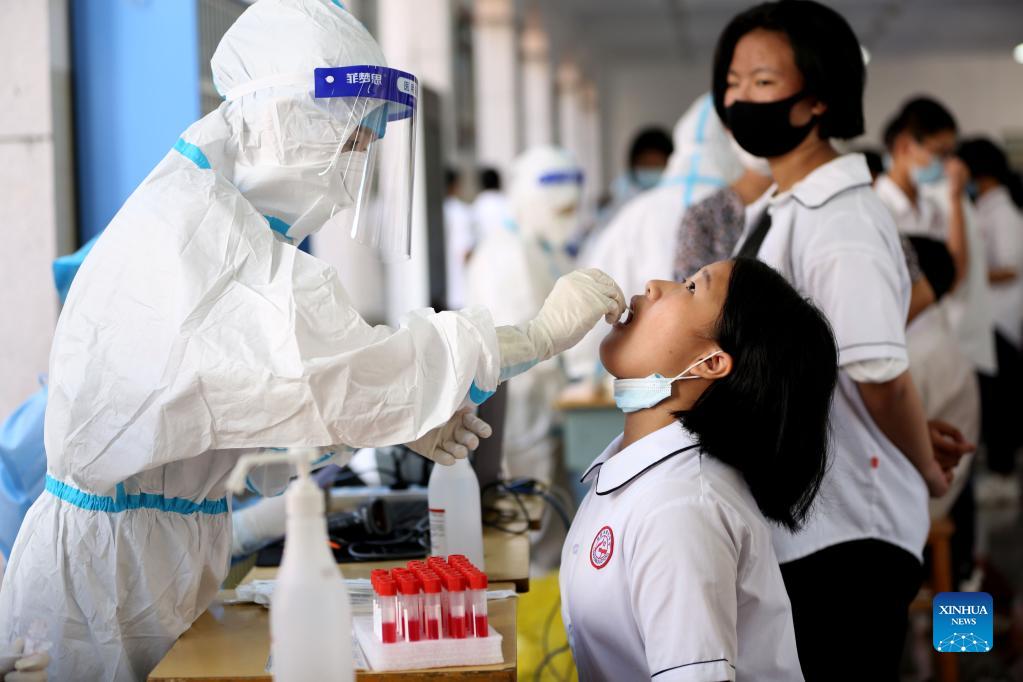 A medical worker collects a swab sample from a student for nucleic acid testing at No. 9 middle school in Longyan, southeast China's Fujian Province, Sept. 15, 2021. Recently, a new round of nucleic acid testing has been launched for all teachers, students and staff in schools in Fujian province due to the latest COVID-19 resurgence. (Photo: Xinhua)

Among the local cases, 48 were reported in Fujian, one in Yunnan, the commission said in its daily report.

Of the imported cases, 22 were reported in Yunnan, three in Guangdong, two each in Shanghai and Sichuan, one each in Zhejiang and Shandong, the commission said.

There were 877 active cases on Chinese mainland as of Wednesday, four of whom were in severe conditions. No deaths related to the disease were reported, while 40 COVID-19 patients were discharged from hospitals.

The total number of confirmed cases on the Chinese mainland stood at 95,493, with the death toll unchanged at 4,636.