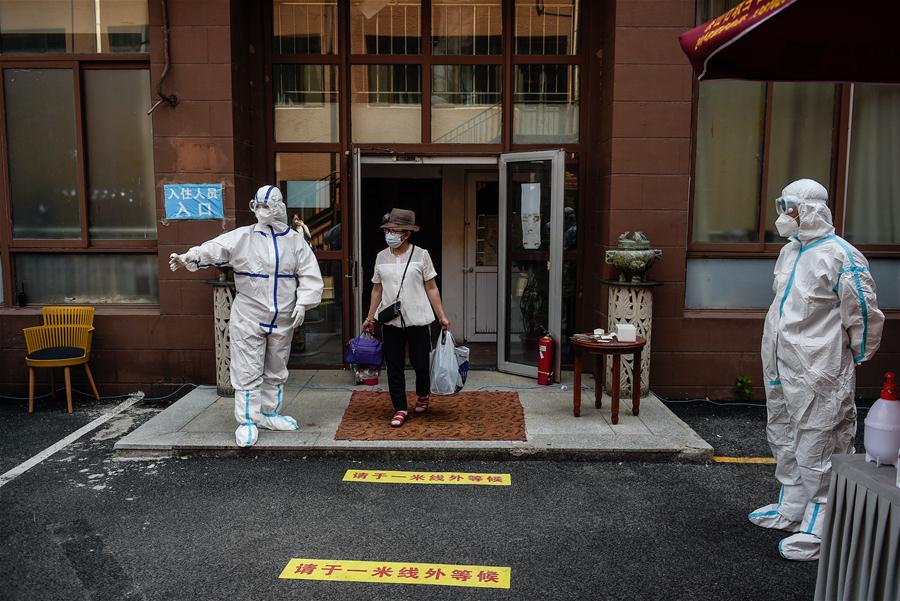 A woman who finished quarantine walks out of a designated quarantine site in Beijing, capital of China, July 7, 2020. From Tuesday, people at high risk of exposure to the Xinfadi market, will gradually be released from quarantine. (Photo: Xinhua)

Chinese health authorities said Thursday that it received reports of nine new confirmed COVID-19 cases on the Chinese mainland on Wednesday, all of which were imported.

Beijing observed the third day with no infection on Wednesday since an outbreak reignited on June 11, leaving 335 people infected, the city’s health commission said on Wednesday.

No deaths related to the disease were reported Wednesday, according to the commission.

Another 42 people were discharged from hospitals after recovery.

As of Wednesday, the mainland had reported a total of 1,958 imported cases. Of the cases, 1,884 had been discharged from hospitals after recovery, said the commission.

Also on Wednesday, six new asymptomatic COVID-19 cases were reported on the mainland. The commission said 112 asymptomatic cases were still under medical observation, including 79 from abroad.