The Chinese mainland registered nine new confirmed COVID-19 cases on Monday, all of which were imported cases, the National Health Commission said on Tuesday. 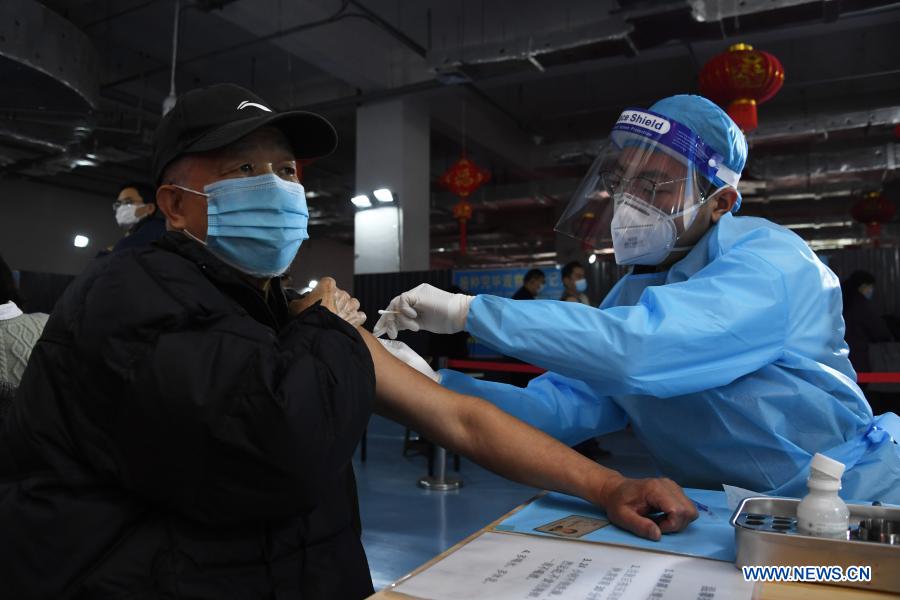 A resident is inoculated at a vaccination site at Yongdinglu Sub-district of Haidian District in Beijing, China, March 14, 2021. Yongdinglu Sub-district has started to inoculate residents aged over 60 with COVID-19 vaccines. Green channels have been set up at the vaccination site and staff will help the elderly to reserve on site and provide related consultation. (Photo: Xinhua)

Of the imported cases, four were reported in Guangdong, two in Shaanxi, one each in Shanghai, Sichuan and Yunnan.

Also on Monday, 14 asymptomatic cases were reported on the mainland, all imported. And a total of 237 asymptomatic patients were under medical observation.

There were 156 active cases as of Monday. No deaths related to the disease were reported, while twelve COVID-19 patients were discharged from hospitals.

The total number of confirmed cases on the Chinese mainland stood at 90,115 and the cumulative death toll was 4,636 as of Monday.