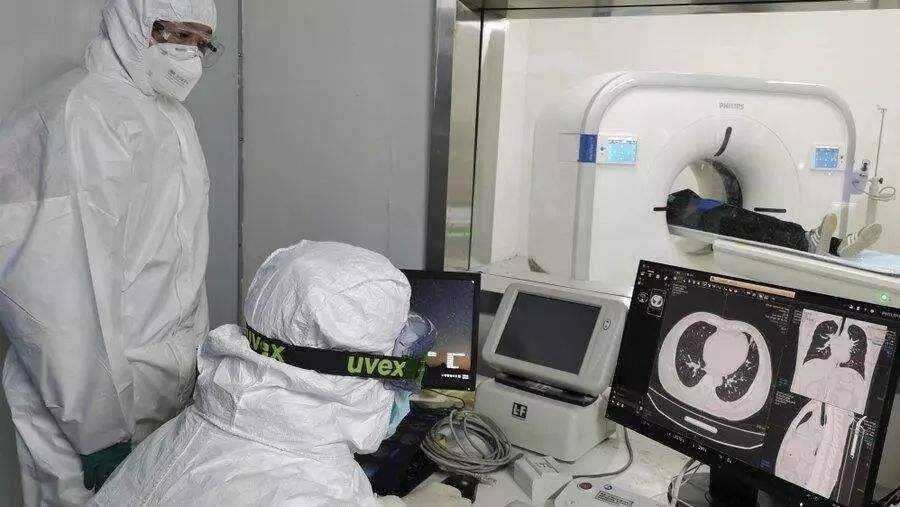 BEIJING, April 12 (Xinhua) -- Chinese health authority said Sunday that it received reports of 99 new confirmed COVID-19 cases on the Chinese mainland Saturday, of which 97 were imported.
Two new domestically transmitted cases were reported, both in Heilongjiang Province, the National Health Commission said in a daily report.
No death was reported Saturday. And 49 new suspected cases, all imported ones, were reported on the mainland.
According to the commission, 50 people were discharged from hospitals after recovery Saturday, while the number of severe cases decreased by two to 139.
As of Saturday, the mainland had reported a total of 1,280 imported cases. Of the cases, 481 had been discharged from hospitals after recovery, and 799 were being treated with 36 in severe condition, said the commission.
The overall confirmed cases on the mainland had reached 82,052 by Saturday, including 1,138 patients who were still being treated, 77,575 people who had been discharged after recovery, and 3,339 people who died of the disease.
The commission said that 82 people, all imported ones, were still suspected of being infected with the virus.
It added that 9,722 close contacts were still under medical observation. On Saturday, 1,534 people were discharged from medical observation.
Also on Saturday, 63 new asymptomatic cases, including 12 from abroad, were reported on the mainland. A total of 14 asymptomatic cases, all imported, were re-categorized as confirmed cases, and 55 were discharged from medical observation including four imported cases, according to the commission.
The commission said 1,086 asymptomatic cases, including 332 from abroad, were still under medical observation.
By Saturday, 1,000 confirmed cases including four deaths had been reported in the Hong Kong Special Administrative Region (SAR), 45 confirmed cases in the Macao SAR, and 385 in Taiwan including six deaths.
A total of 336 patients in Hong Kong, 10 in Macao and 99 in Taiwan had been discharged from hospitals after recovery.