Chinese health authority said on Friday it received no reports of new confirmed COVID-19 cases on the Chinese mainland on Thursday. 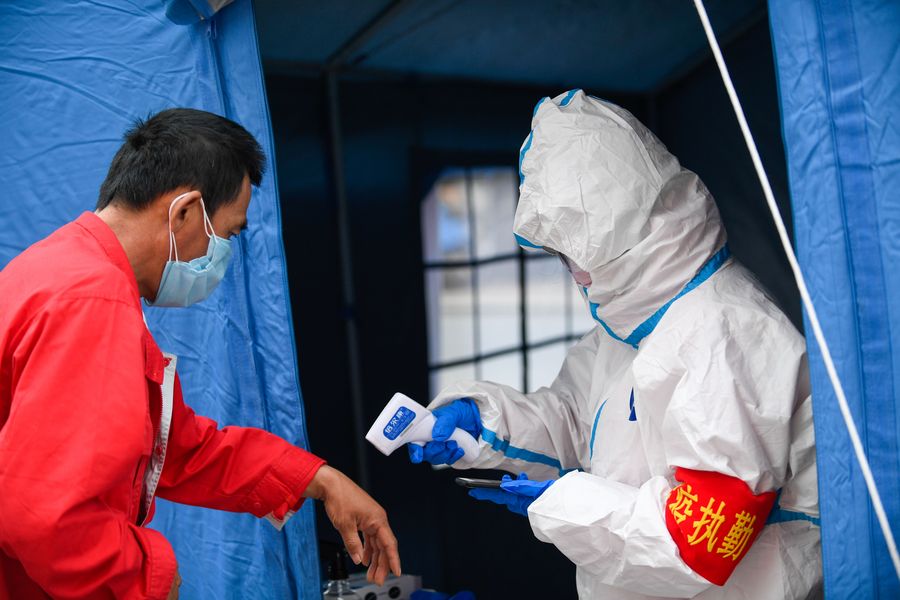 A community worker checks the body temperature of a resident at a community in High-tech Industrial Development Zone of Jilin City, northeast China's Jilin Province, May 19, 2020. (Photo: Xinhua)

The Chinese mainland registered no deaths and no suspected cases on Thursday.

According to the National Health Commission, three people were discharged from hospitals after recovery.

As of Thursday, the mainland had reported a total of 1,734 imported cases. Of the cases, 1,688 had been discharged from hospitals after recovery, said the commission.