BEIJING, March 28 (Xinhua) -- Twenty provincial-level regions on the Chinese mainland had reported no new domestic COVID-19 cases for more than 28 days by the end of Friday, a health official said Saturday. 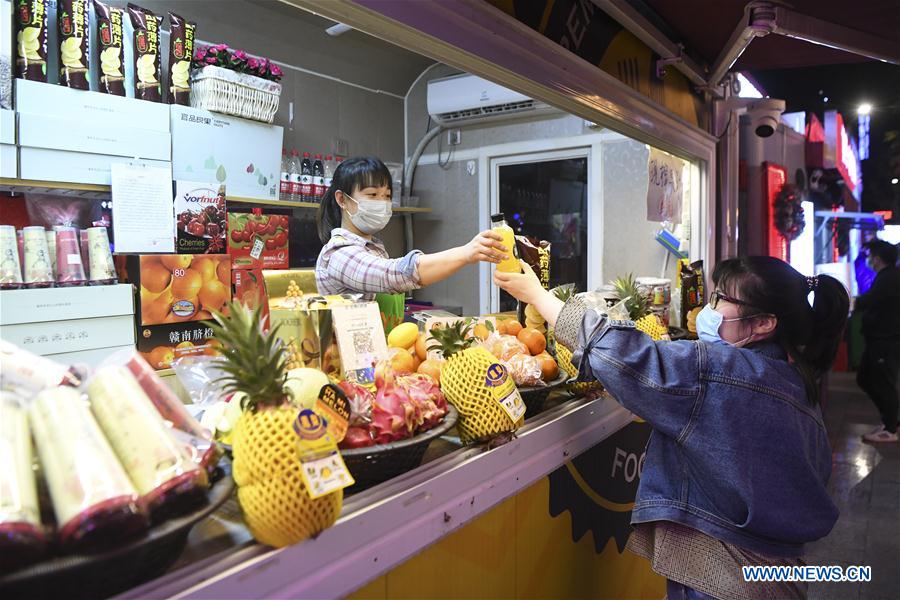 A customer purchases beverage in Jiangbei district of Chongqing, Southwest China, March 23, 2020. Under strict measures taken to fight against the COVID-19, Chongqing has reopened bars, restaurants and snack vendors to citizens to boost its "night-time economy" in an orderly manner. (Photo: Xinhua)

In addition, six other regions had been clear of the virus for 14 days or more, Mi Feng, a spokesperson for the National Health Commission, said at a press conference.

Localities should fully implement epidemic prevention and control measures and guard against the rise of imported cases and a relapse into a domestic outbreak, Mi noted.

The Chinese mainland had reported 54 new confirmed COVID-19 cases on Friday, all of which were imported, the commission said in its daily report Saturday.