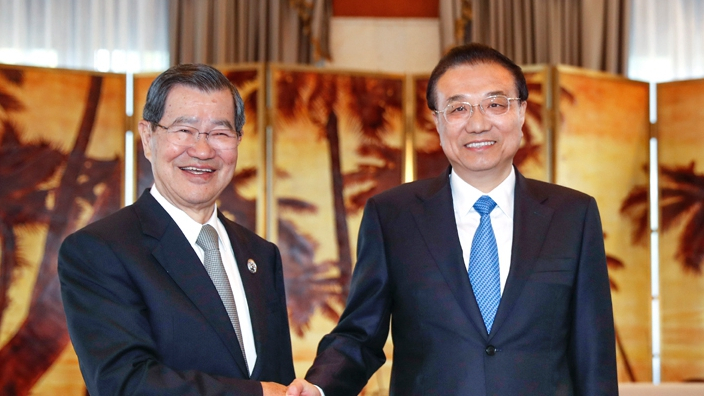 Investments from Taiwan made up a large proportion of Chinese mainland's economy, said Chinese Premier Li Keqiang. Li vows to expand imports including agricultural goods and seafood from Taiwan, while offering greater convenience to Taiwan's companies.

Premier Li made the remarks when meeting with Vincent Siew, honorary chairman of the Taiwan-based Cross-Straits Common Market Foundation, in Boao, south China's Hainan Province. They are attending the Boao Forum for Asia, which is expected to run through Friday.

We will make sure to have Taiwan companies enjoy the same policies we offer to mainland companies, Premier Li said, specifying Chinese government's recent decision of large-scale tax cuts.