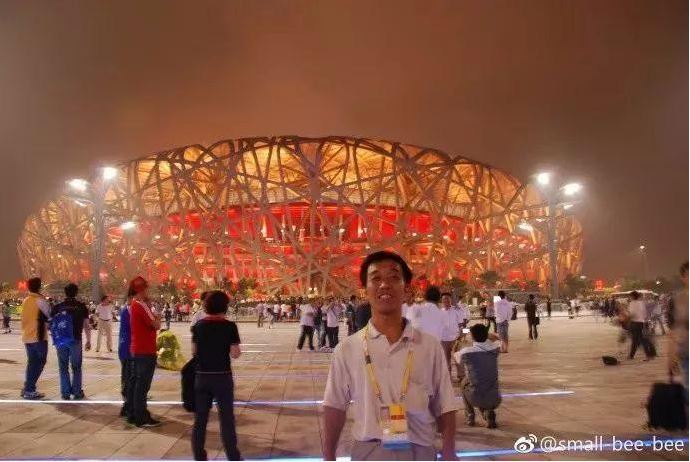 Huang Yi found a photo that was snapped 10 years ago featuring himself with a man whom he did not recognize. He posted the picture on China’s Twitter-like platform Weibo, where it was shared by thousands of users. Surprisingly, Huang actually found the man from the photo, according to huanqiu.com.

In the photo, Huang and the stranger are standing in front of the Beijing National Stadium, site of the 2008 Beijing Olympics. The man appears to be in his 40s and had has a proud demeanor about him. 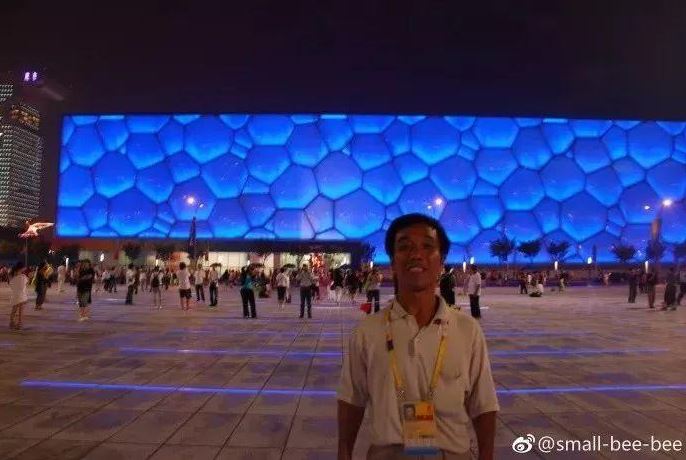 Huang went to Beijing in 2008 for the Olympic Games. As he recalled, the man approached him and said his name was “Yang.” He asked Huang to take a picture of him as he was traveling back to his hometown that day.

“Yang was one of the architects that worked on the Beijing National Stadium,” Huang explained while remembering that Yang had asked him to mail a copy of the photo to his home.

As soon as Huang had copies of the photos made, sent a few to Yang’s home. To his dismay, the photos were returned because of an incorrect address. 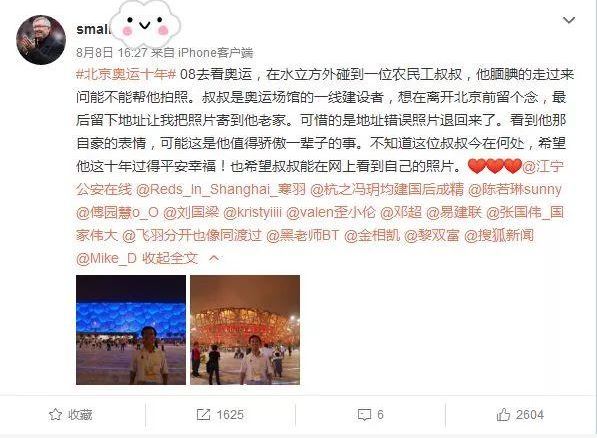 Huang held onto the photos and recently discovered after they had put away for a decade.

He pointed at one of the photos and said, “He looks so proud. I bet working on the National Stadium was the proudest moment of his life.”

Huang posted a photo on Weibo hoping someone would recognize Yang.

One of Yang’s cousins saw the photo after it went viral. She notified Yang to confirm it was indeed him in the photo, and then she contacted Huang.

This time around, Huang mailed the original photo to Yang’s correct address and made a copy for himself.

Yang said that being a part of the National Stadium project was indeed one of the most precious experiences of his life. He was thankful that Huang had saved the photos for so long, especially since Yang was just another random person.

Huang was also touched, “I got married and I have a 4-year-old child. What a long time it has been!”

“But think about it, even after all these years, I was still able to find him. Life is full of possibilities, isn’t it?” said Huang.