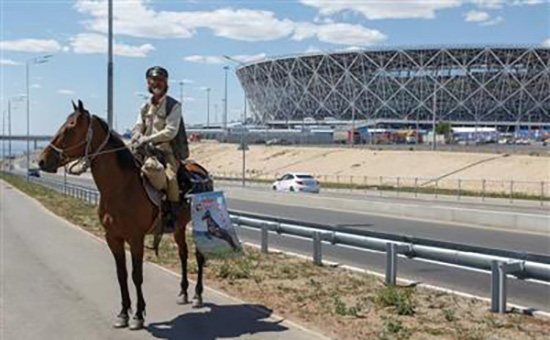 He intends to end his trip in the northern Russian city of Murmansk.

The 6,500-kilometer long trip isn't his first endeavor by horseback across Rursia.

Starting in Russia in 2007, Li travelled some 9,000 kilometers over the course of some two-years, finishing that trip in 2009.

"This is not just for fun, I see it as the meaning of life. I am allowing myself to take all the time I want to do this, because it's my dream, the most important dream in my life. And what is life? Life is dream," said Li. 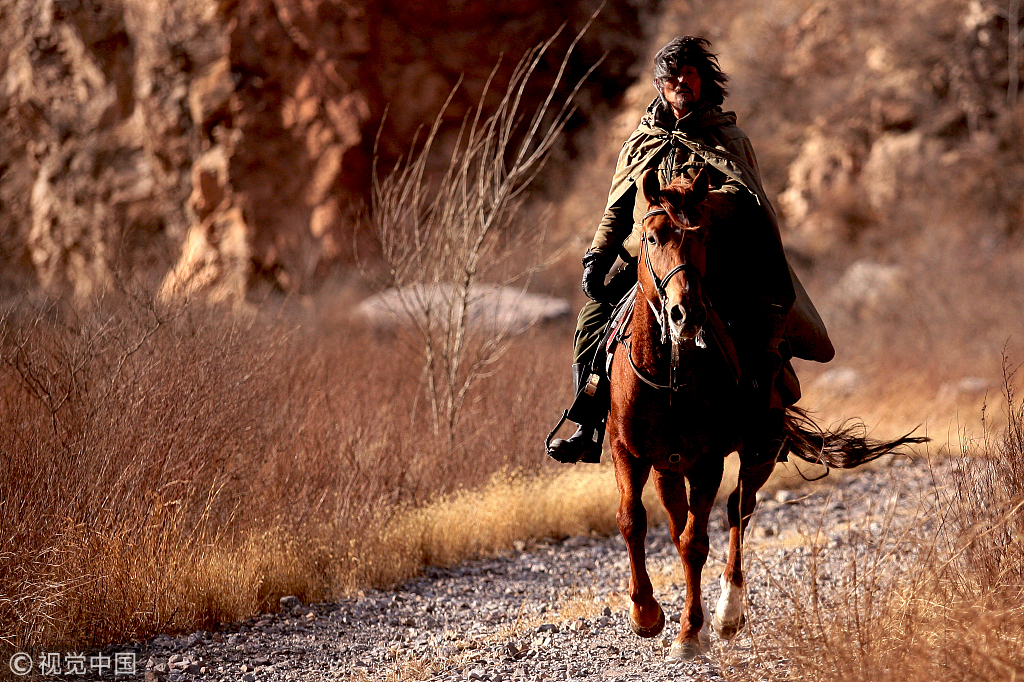 Li Jing says he rides for about 10 hours each day. He says at each World Cup city, he says he made a stop at the local football pitch.

He expects to finish his ride in Murmansk by the end of October.