BEIJING, Aug. 23 (Xinhua) -- Xie Hui has resigned as head coach of Chinese second-tier football club Nantong Zhiyun after his random talk of Chinese football at a private meal was made public in a secretly recorded video. 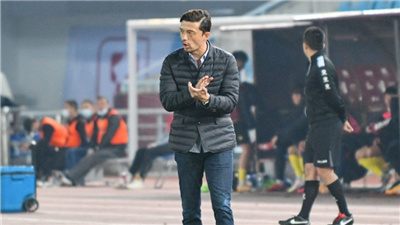 "I decided to step down after careful consideration, and this hard decision leaves me feeling guilty for being unable to see out the season with my team," said the 46-year-old on Sunday.

"As a professional soccer coach, I should have been more careful about my words and behaviors," he said.

His resignation has been accepted, according to a statement released on Monday by Nantong Zhiyun, which suspended him from coaching last Wednesday after a video emerged on the internet showing Xie, at a meal with other people, criticized some Chinese football clubs' insane investment.

"I simply wanted to expose their ignorance about football," he said in the video.

Xie said he was completely unaware of being video-recorded when he made the remarks under the impact of alcohol.

"I drank very much at the meal yesterday, and I had no idea that an ill-intentioned person sitting at the opposite side of the table video-recorded my talks secretly and published them on the internet," he said on social media after being suspended by Nantong Zhiyun.