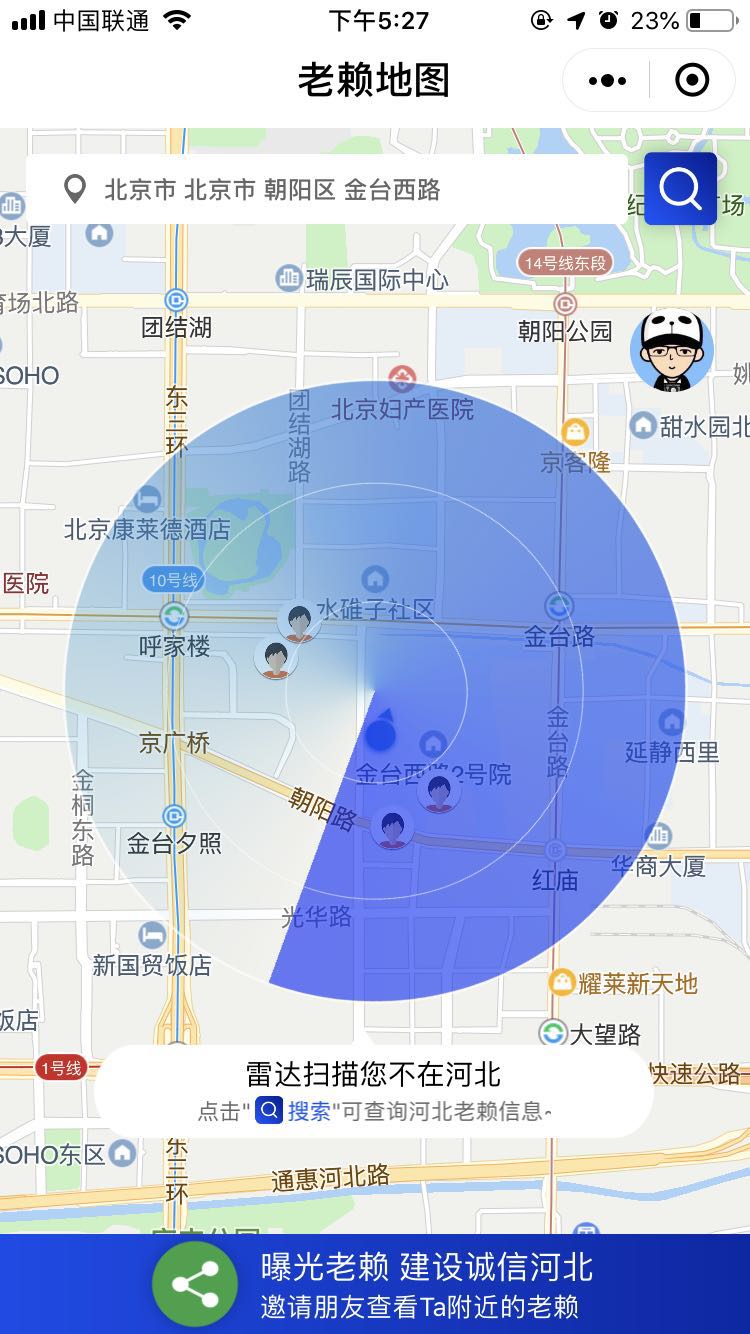 Screenshot of the mobile application launched by the Higher People's Court of northern China's Hebei Province.

The Higher People's Court of northern China's Hebei Province has launched a mobile application on social media, allowing the public to supervise and report on local "laolai," or those who avoid repaying their debts.

The app, embedded in messaging service WeChat, can help find the debtors within 500 meters of the user. The app shows the detailed information of the individuals, company representatives or other organizations in debt.

The public can share the information of the debtors in WeChat groups or Moments to alert others of the debtors. They can also report on the laolai to authorities via the app.

Officials of the court said that they have been trying to use Internet technology in their judicial work and that the app will force those who have the ability to carry out their legal obligations.

"The laolai map will allow the public to know about the credit conditions of people within their vicinity while forcing the laolai to repay their debt," said a staff member with the court.

The online population was thrilled, with many saying that the map can help them understand if their friends, relatives or co-workers are trustworthy or not.

"I hope that the app can be implemented nationwide," read a comment on microblog Sina Weibo.

"I just checked my vicinity, and the app alerted me of many laolai!" read another comment. 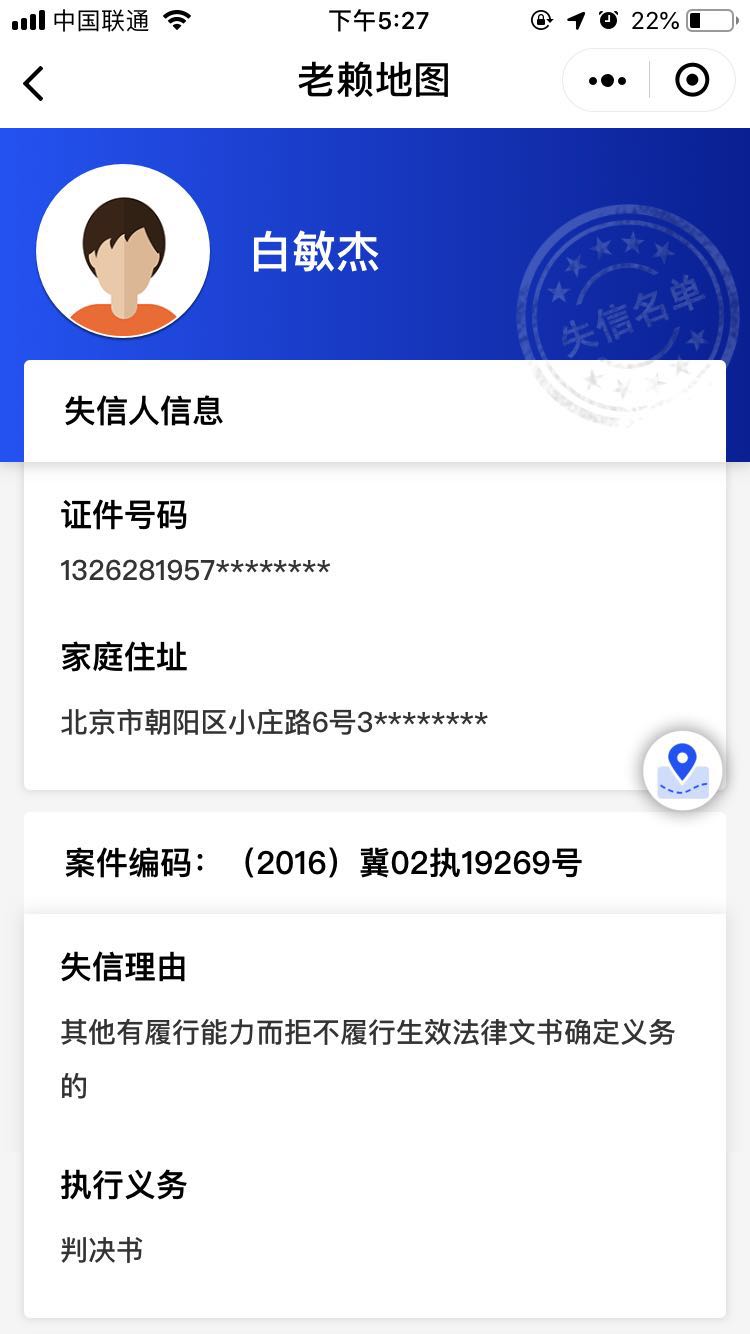 The detailed information of the individuals, company representatives or other organizations in debt on the app.

Laolai have tried many ways to shun repayment.

In 2017, a court in Wuhan, capital of Hubei Province, said that a 59-year-old woman had plastic surgery in an attempt to disguise herself to avoid repaying 25 million yuan ($3.68 million) of debt.

Besides restrictions in ticket buying, local authorities in China have tried a variety of novel methods to put pressure on the debtors.

In 2017, a court in eastern China introduced a shaming ringtone to embarrass debtors and pressure them to pay the money they owed.